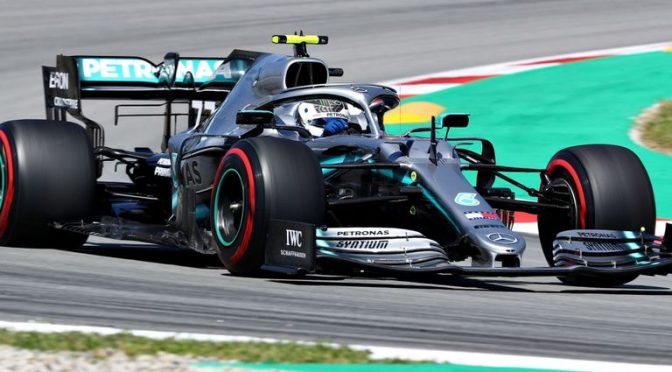 IT’S DEJA-VU ALL OVER AGAIN!

BOTTAS ON POLE, LCH PLAYS THE #2 PART AND FERRARI TALK ABOUT THEIR DEFICIT.

Bottas had the edge on Mercedes team-mate Lewis Hamilton throughout qualifying, ending up a massive 0.634 seconds quicker.

None of the top four were able to improve their times on their second runs on soft Pirellis in Q3, ensuring Mercedes kept hold of the front-row lockout it had taken earlier in the final segment of qualifying.

Sebastian Vettel was third and 0.866s off the pace, less than a tenth quicker than fourth-best Max Verstappen’s Red Bull.

BOTTAS: Really enjoyed that. Practice three was difficult with the spin. I forgot that and just moved on. It has started well the season. I feel better and better in the car.

LCH: Valtteri did a fantastic job. On my side, just didn’t put the laps together. It just wasn’t a good enough job. I’ll be giving it everything. Its great for the team to have this 1-2, if I can reverse this I’ll be happy.

VETTEL: It seems to be more than an achilles heel at the moment. I think we got everything out of the car. The second run I had to try something different and it didn’t work. But yeah…happy but not happy if you know what I mean? The car doesn’t feel bad but obviously we are not quick enough. In terms of balance we got it right. In those sorts of corners you just need the grip.