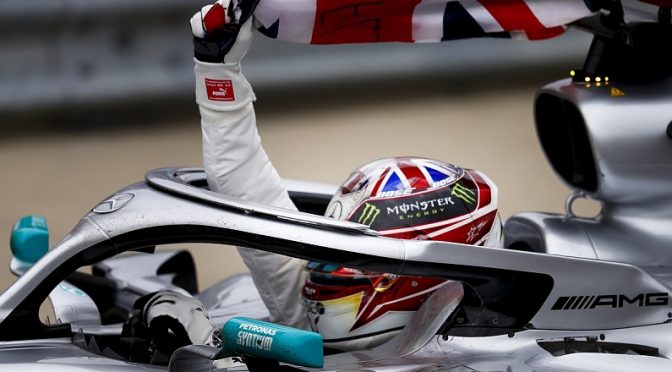 The win sees Hamilton move 39 points clear of Bottas in the championship – taking him closer to a sixth world title.

And speaking after his seventh win from 10 this season, the 34-year-old hailed his home crowd.

“I can’t tell you how proud I am to be here today in front of my home crowd and my family, too,” said Hamilton following his 80th career win.

“You would think you would get used to something like that but it feels like the first time.”

The world champion took advantage of a safety car to jump ahead of Bottas, delighting the bumper 141,000-strong Silverstone crowd.

On a sensational day for Hamilton, the Englishman also secured a bonus point by posting a stunning track record on his final lap.

Ferrari’s Charles Leclerc finished third after Sebastian Vettel crashed into the back of Max Verstappen.

Red Bull driver Verstappen managed to finish fifth, but Vettel dropped to 16th with the damage sustained in the incident.

The Ferrari driver was also hit with a 10-second penalty for causing the collision.