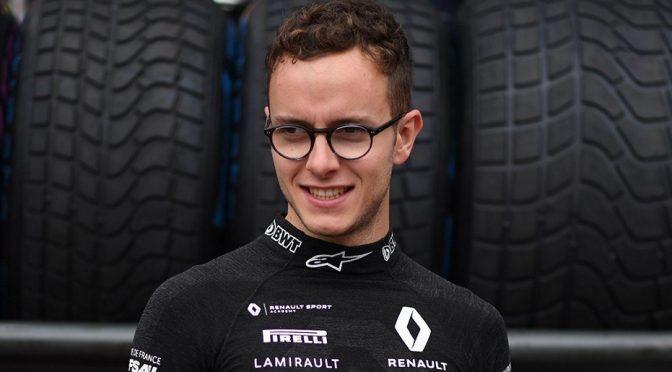 Hubert, 22, lost control of his vehicle exiting a corner on lap 2 at the Spa-Francorchamps track and slammed into a barrier. The hard contact caused his car to bounce back into the race track, where it was hit in by American driver Juan Manuel Correa’s car, which was going an estimated 160 mph.

The collision split Hubert’s car into two pieces and debris littered the track, while Correa’s car was flipped upside down by the impact. Medics rushed to reach them as other driver sweved around the wreckage of both cars. The race was canceled a few minutes later.

Hubert was taken to an emergency center where the Fédération Internationale de l’Automobile (FIA), said he was pronounced dead at 6:35 p.m. local time.

Correa, 20, is in stable condition and is being treated at CHU Liege hospital in Belgium, while a third driver involved in the crash, Giuliano Alesi of France, was unharmed, according to the FIA.

Hubert, a Renault academy driver from Lyon, began racing in 2004 and won the French F4 Championship title in 2013. He eventually worked his way up to Formula 2, debuting this past January for the British-owned Arden team and winning races in Monaco and France. He was eighth in the championship standings entering Saturday’s race.

He is the first Formula 1 or Formula 2 series driver to die as the result of a racing accident since French F1 driver Jules Bianchi died in July 2015, after a head-on collision with a track-side crane at the rain-soaked Japanese GP at Suzuka in October 2014.