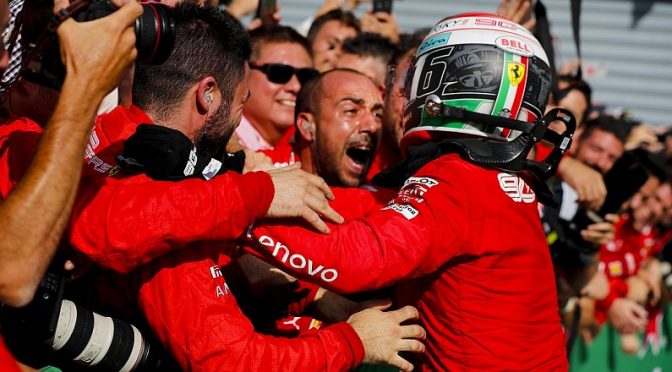 Leclerc survived an onslaught from LCH and Valtteri Bottas to win a thrilling Italian Grand Prix. LCH hustled Leclerc during a remarkable spell of wheel-to-wheel action at Monza – but the young Monegasque excelled to keep the world champion at bay and register his second win in as many weeks and Ferrari’s first on home soil in nine years. 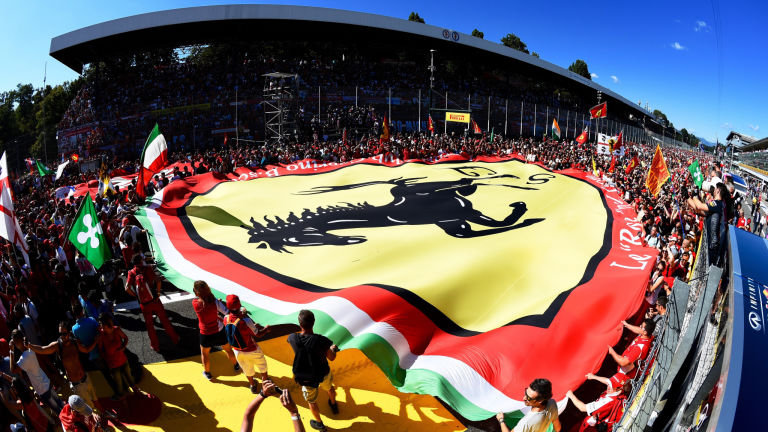 In contrast to Leclerc’s heroics at the Cathedral of Speed, Sebastian Vettel endured yet another torrid afternoon in the sister Ferrari. The four-time world champion took the chequered flag a dismal 13th and one lap down after a spin at the Ascari chicane on lap six.

Vettel had to stop for a new front wing after he clumsily collided with Lance Stroll in his attempt to rejoin the track following his mistake. He was hit with a 10-second stop-and-go penalty for his part in the incident.

“What a race,” said Leclerc. “I have never been so tired. I made a few mistakes, but in the end I finished first so I am very happy.”