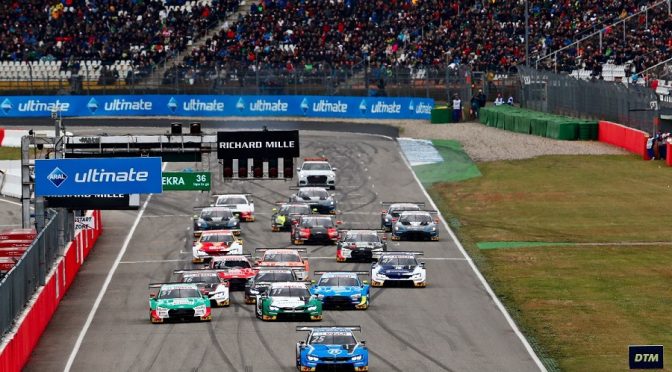 Power summit: all eyes on Japanese at Hockenheim DTM finale

The 2019 DTM season finale (4-6 October) at the Hockenheimring Baden-Württemberg will mark the first, much-anticipated summit between the world’s two biggest GT and Touring Car championships.
For the very first time, cars from Asia’s hugely popular SUPER GT series will compete alongside DTM’s manufacturers in a historic, unifying event at Hockenheim.

In a further boost for the event, DTM organisation ITR has created a unique opportunity to provide free entry to the weekend for German fans of exotic Japanese car culture.
For this promotion, ITR has collaborated with the organisers of ‘Reisbrennen’– a major international meeting for Japanese car owners, tuners and race fans. Over 2,000 members of the ‘Reisbrennen’ community have already confirmed their attendance at Hockenheim, where they will gain free admission to the north grandstand B (while stocks last – register via DTM.com)

As an additional extra, 100 owners of particularly stylish, highly tuned Japanese cars will exhibit their vehicles on high-profile VIP parking spaces behind the south grandstand. This area will feature a special ‘Japanese village’, complete with Japanese speciality food stalls and sales areas for Japanese tuning- and car-components.
To prepare for the joint-event, the three Japanese SUPER GT squads will be permitted two one-hour test sessions at Hockenheim on Thursday afternoon (October 3). As a major incentive, Hockenheim organisers are offering ALL fans free admission on this German public holiday to the south grandstand G.

In addition to the three cars from Honda, Nissan and Lexus, no fewer than five SUPER GT drivers are set to contest the Hockenheim race weekend.

Jenson Button (GBR) will drive his Honda NSX-GT at Hockenheim. In his 17-year Formula 1 career, he scored 15 Grand Prix wins and 50 podium finishes. He joined the SUPER GT series in 2018, racing for the Kunimitsu team, winning the title alongside team-mate Naoki Yamamoto (JPN) in his debut season.

Nissan and Lexus are each bringing two drivers to Hockenheim, with the intention that they will contest one race each.