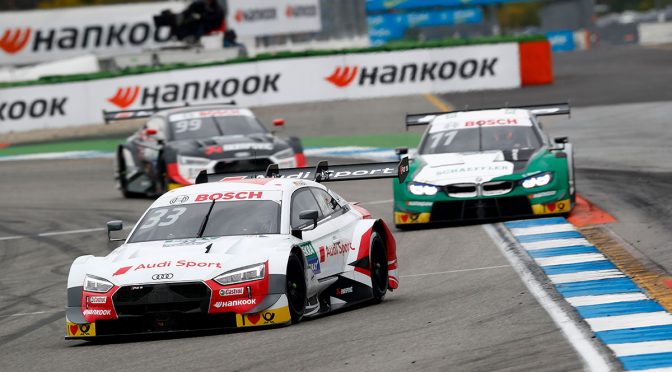 Seventh heaven: Rast racks up another win at Hockenheim

Saving the best for last: René Rast (GER, Audi) won a lights-to-flag thriller on Saturday as the DTM wrapped up its penultimate race of the 2019 season.

The newly crowned champion came out on top after a cat-and-mouse duel with Marco Wittmann (GER, BMW), who had rediscovered the early-season pace in his car that allowed him to take the fight to the front. Wittmann’s undercut pit-stop looked set to earn him the lead, but an ill-timed Safety Car neutered his advantage – meaning that he was forced to make a late-race pass for the lead. Rast countered, retook the place and was able to establish a small margin to the chequer. 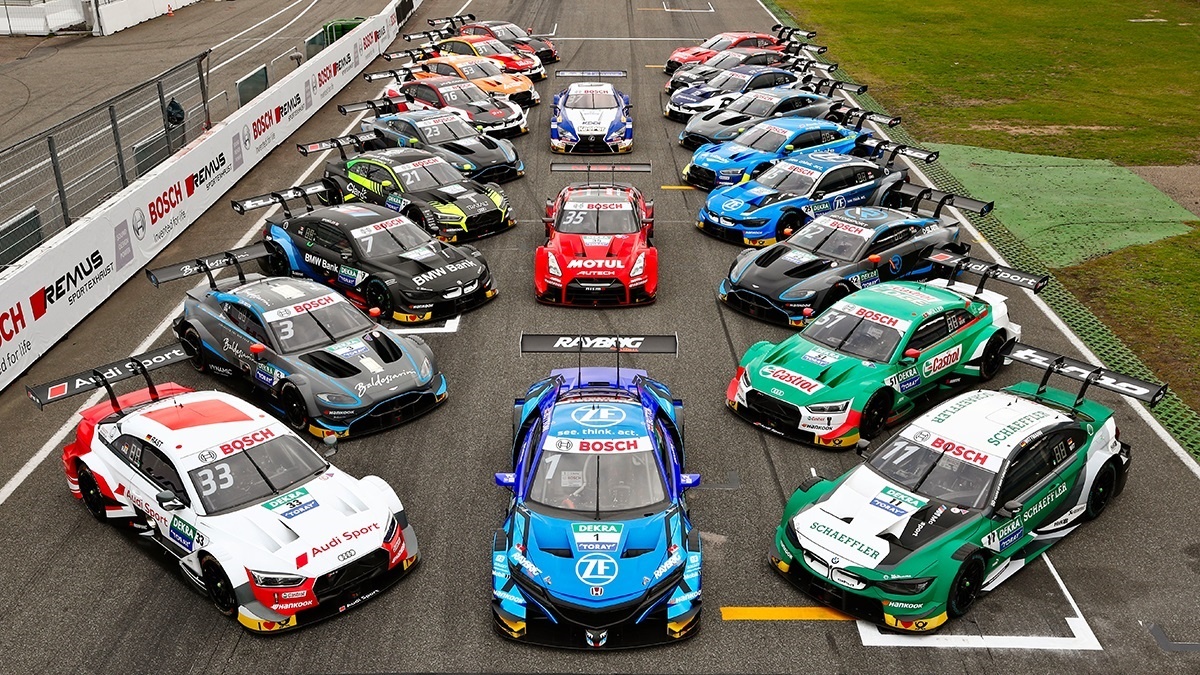 Behind the leading pair, there were fierce battles up and down the top 10 as the Safety Car compressed the field, prompting many frantic moments as everyone scrabbled for grip and position. Paul Di Resta (GBR) drove a determined race to finish as the best-placed Aston Martin driver in seventh. And ex-Formula 1 world champion Jenson Button (GBR), driving in this race as one of three Japanese SUPER GT entrants, overcame a tardy 18-second pit-stop to battle back to an incredible ninth.

Victory for Rast, title for Rosberg – decision in the teams’ championship

The outcome of the duel between Rast and Wittmann also indirectly contributed to the early title win for Audi Sport Team Rosberg in the teams’ championship. Rast’s victory earned him 28 points for Rosberg, as opposed to the 12 points Robin Frijns (NED) pocketed for Audi Sport Abt Sportsline. With Jamie Green (GBR) and Nico Müller (SUI) failing to score, Rosberg’s margin increased to 48 points – the exact number of team points on offer tomorrow. However, Rosberg sealed the title by virtue of having scored eight wins this year compared to Abt Sportline’s two.