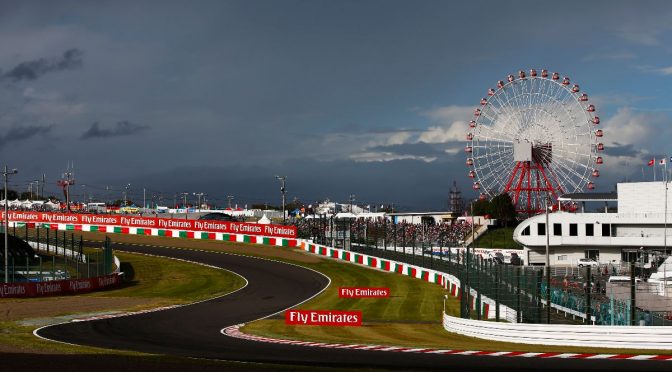 CLARK AND NASIR FINALLY ARRIVE TO THE RUSSIAN GRAND PRIX AND THERE’S NOTHING BUT LAUGHTER AT THE PALATIAL STUDIOS AROUND THE VETTEL FIASCO AT FERRARI!

“I’m a big fan of Suzuka. It’s one of the best, if not the best track, on the calendar. It’s where you really get to feel a Formula 1 car come alive and each part of the lap has something special. It’s got a combination of low-speed and high-speed corners but, more than that, it’s the flow and the speed that’s incredible.

“It’s what we describe as an ‘old-school track’ without much run-off. So there’s very little margin for error and demands even more precision than most other circuits. You have to use every inch of tarmac to be quick there. That’s why it’s such a favourite with the drivers and fans too.

“My favourite corner is the first Degner, which for me is the most impressive corner of the year. It’s probably one of the narrowest corners on the circuit, but you’re doing it in fifth gear and 260-270km/h and that’s very impressive. In qualifying the sensation of speed is incredible.

“Generally the whole first sector is very special and it’s where we get to feel a Formula 1 car working at its best. It’s all about precision and rhythm. Throughout the weekend you’re just building confidence in that sector and it’s about positioning the car in the right place.

“The Japanese fans make this a special event because of the energy they bring to the track. I also enjoy Japanese food, especially sushi so it’s interesting to try the local stuff.”