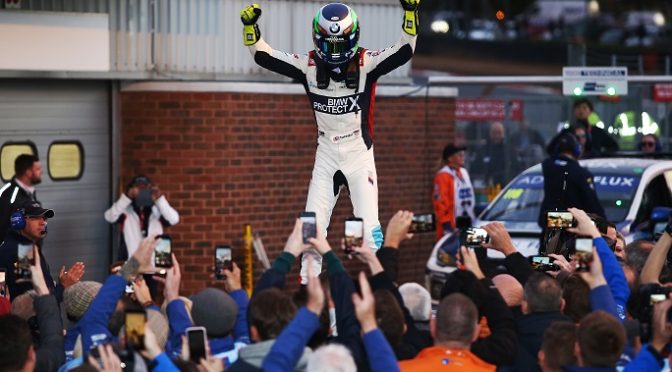 BMW made it back-to-back Manufacturers’ titles in the British Touring Car Championship at Brands Hatch yesterday (13 October), as Colin Turkington clinched a record-equaling fourth Drivers’ crown in the most dramatic fashion possible.

Turkington arrived at Brands’ legendary GP circuit – home to Formula 1’s British Grand Prix on 12 occasions between 1964 and 1986 – holding a 16-point lead in the pursuit of the most coveted prize in UK motorsport. 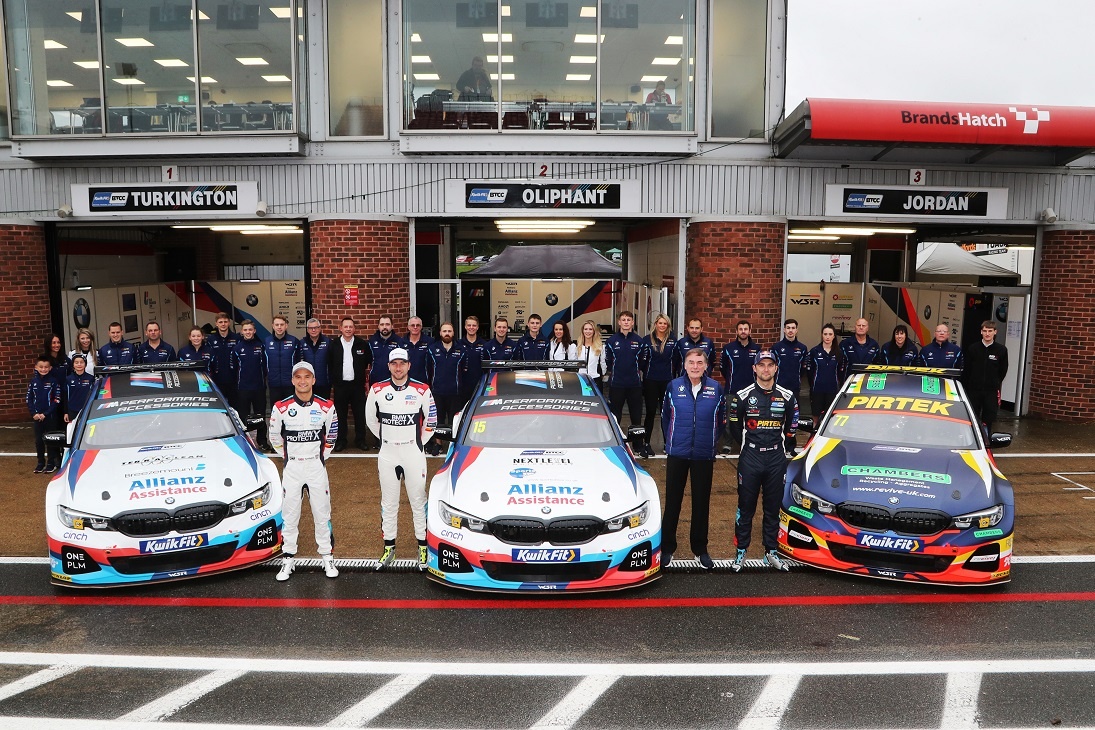 That margin was eroded, however, when intensifying rain over the second half of race one restricted the Northern Irishman to a fighting fifth-place finish. Having qualified on pole position for the third time in 2019, he led early on, but was ultimately powerless to withstand the attack of rivals who had pitted to switch over to wet-weather tyres during an early safety car period.

Turkington’s advantage was overturned altogether in race two, when a tag from another driver sent the Team BMW man into a spin and tumbling down to the tail of the order. That left him eight points shy of the lead going into the eagerly-anticipated finale, and with it all to do from 25th on the grid. A scintillating charge through the field secured sixth at the chequered flag – and with it, a supremely hard-earned fourth championship title. 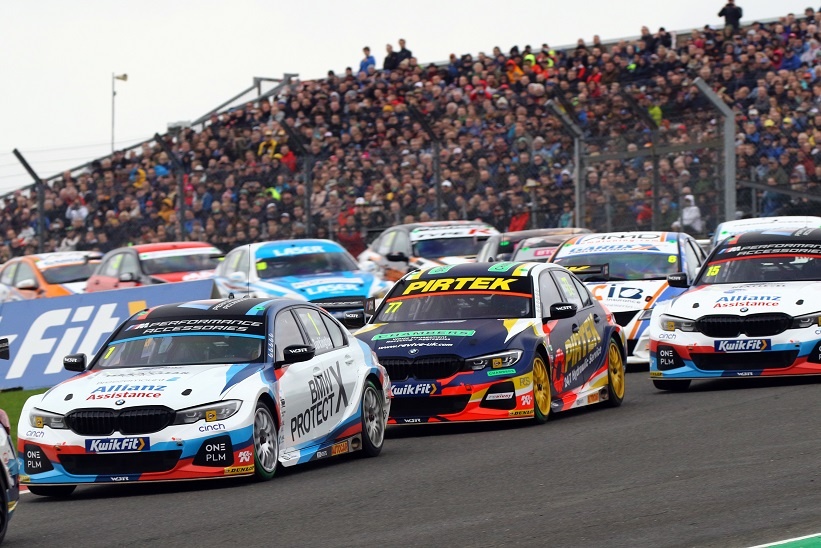 BMW Pirtek Racing’s Andrew Jordan was similarly in the mix heading into the weekend, sitting 17 points adrift of the summit of the standings. He had reduced that deficit to just two points by the end of race three, courtesy of an eighth, second and fourth-place finish, as the 30-year-old came tantalisingly close to adding to his 2013 championship success.

The runner-up spot in the Drivers’ table was ultimately Jordan’s reward for a season in which he won more races than anybody else behind the wheel of BMW’s all-conquering new 330i M Sport.

Tom Oliphant concluded his maiden campaign with Team BMW with a sensational drive from 30th to a top ten finish in the finale. The 29-year-old proved his pace with fastest lap in race one despite the mixed conditions, before finding himself removed from contention on the opening lap of race two through no fault of his own – a setback that paved the way for his soaring charge in race three.