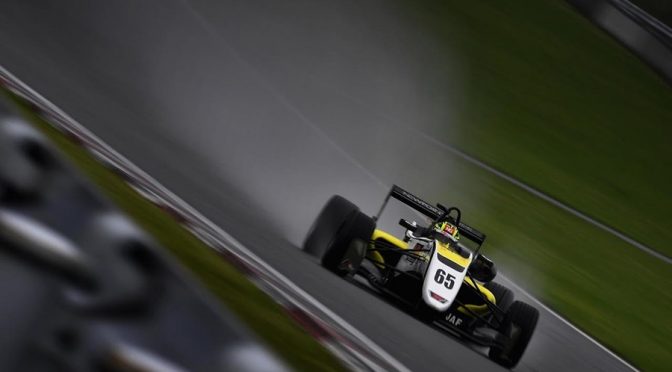 Enaami at Kyalami & On Turning Japanese

We are pleased to report F1Weekly friend Enaam Ahmed will be making his sports car racing debut at the world-famous Kyalami circuit in South Africa; where Jim Clark scored his last grand prix win in 1968.

The season finale of the 2019 Intercontinental GT Challenge will take place on November 22-23.

After a successful race winning, and third place in the Japanese F3 Championship, Enaam is now testing with Italian Prema team in preparation for the 2020 FIA Formula 3 Championship.

How is the depth of competition in Japanese F3 compared to European F3.The competition in Japan is very high but in a different way compared with Europe because the drivers are very experienced on the tracks. To come over there and to go against teams like TOM’S is very difficult; they’ve got their car dialed in really well with decades of experience but I’ve enjoyed the experience.

Highs and lows of the season?

My high of the season was putting it on pole and winning at Sugo. I’m the only driver on a VW engine to ever win and pole at Sugo. This is due to the engine never being at its optimum rpm throughout the lap because of the way the corners are. My low was the inconsistency and problems I had during the year with many DNFs.

How do the Japanese tracks compare to European tracks and your favorite track there?

I’d say the Japanese tracks are better than most tracks in Europe. They have much more risk because of no run off, hence why there is never any track limit problems there. Also, the tracks are all fast and flowing. The best tracks for me are Suzuka, Sugo and Autopolis.

Next month you will make your sports car debut in the Kyalami 9 Hours. How did the deal with Aston Martin happen and who will be your teammates?

“The Aston deal with R Motorsport came up by accident. I’m very good friends with Julian Rouse who is the team principal and he gave me the opportunity to do it because he’s seen what I have done in the past. My teammates in the same car as me with be Jake Dennis and Maxime Martin. I’m looking forward to driving with them to learn as much as I can.”

Kyalami, now owned by Porsche, was once home to the South African Grand Prix. Mario Andretti’s first grand prix win came here in 1971 in his first race for Ferrari. The final F1 race here in 1993 was won by Alain Prost in a Williams-Renault.

You are among the four finalists in the prestigious Autosport BRDC Young Driver of the Year Award. How enticing is the prospect of winning and driving a Red Bull Formula 1 car?

“I think this year is the best year to be in the award as the prize is the biggest it’s ever been. This is the reason why I am preparing for it as much as I can to make sure I give the best performance I can!” 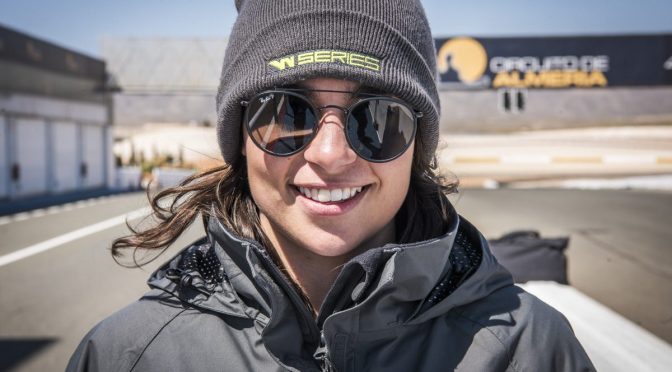 After a three-day on-track test at Almeria (southern Spain) last month, and a rigorous lap-time assessment and data-analysis programme thereafter, W Series has selected six new drivers to race alongside the 12 drivers who automatically qualified for the 2020 W Series championship as a result of having finished inside the top 12 in the 2019 W Series championship.

“Almost as soon as the sun had set on Brands Hatch, scene of the 2019 W Series championship finale, on Sunday August 11th, we at W Series began preparing for our 2020 season. More than 40 new drivers applied to race with us in 2020 and, after a three-day on-track test at Almeria [southern Spain] last month, and a rigorous lap-time and data-analysis programme thereafter, we’re now able to announce the first 18 of the 20 drivers who’ll compete in the 2020 W Series championship.

“It’s an impressive list, including the top 12 from our 2019 season, and six new drivers, who all performed well at Almeria. The result is a varied and international group, comprising 18 drivers from 12 countries, ranging in age from the super-experienced Finn, Emma Kimilainen, 30, to the very promising young Russian, Irina Sidorkova, 16.

“Our commiserations go to those whom we haven’t selected, but sadly their disappointment is simply an example of the jeopardy inherent in any athlete’s life at the higher levels of competitive sport. The more you can win, the more you can lose.”