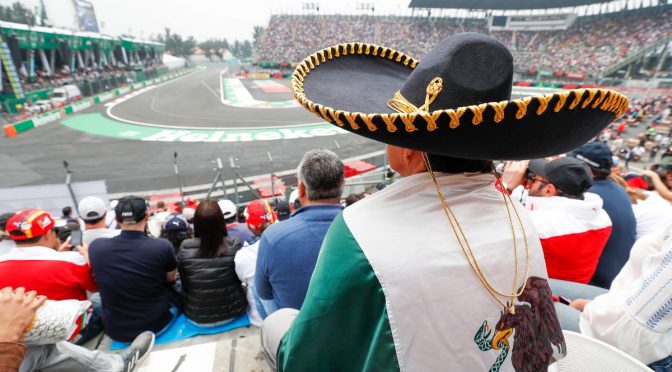 Verstappen celebrated his pole for Sunday’s Mexican Grand Prix but the Dutchman is likely to face stern criticism for what many will see as the dangerous manner with which he sealed the place. His final two laps were superb but for a driver still trying to shake off a reputation for recklessness and lapses of judgment, he was surprisingly unconcerned by his decision not to slow as he rounded the final corner, where Valtteri Bottas’s Mercedes lay after crashing into the barriers.

Verstappen took pole ahead of the two Ferraris of Charles Leclerc and Sebastian Vettel in second and third, with Lewis Hamilton in fourth for Mercedes. Hamilton’s title hopes, however, may yet have taken a boost if Bottas takes grid penalties for the repairs to his car.

Verstappen had been quick throughout but the crucial moments came in the final seconds of the final session. He held the top spot from his first run but as Bottas went though the final corner, he clipped the wall and took a major, 17G impact. The stricken car was left at the side of the track but Bottas was unharmed.

Verstappen entered the corner shortly afterwards, where stewards were waving single yellow flags, denoting that drivers should slow down. However, there appeared to be no yellow indicators on the Dutchman’s dashboard. He would have been expected to back off and in the past drivers have had times set under yellow flags deleted.

Verstappen said he had not slowed. “I was aware Valtteri crashed,” he said. When asked if he had backed off, he made no attempt at deception. “It didn’t really look like it, did it? No.”