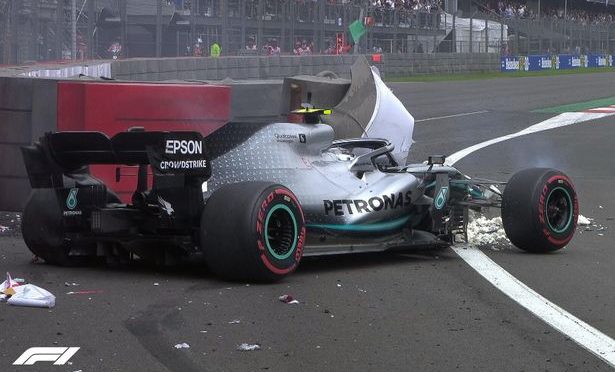 NO POLE FOR MAX

Verstappen was running behind Bottas when the Finn crashed heavily at Turn 17. The Red Bull driver passed one yellow flag en route to bettering his initial leading lap time in qualifying.

After speaking to Verstappen and reviewing video, audio and telemetry evidence, the stewards ruled the Red Bull driver “attempted to set a meaningful lap time and failed to reduce his speed in the relevant marshalling sector.”

“[Verstappen] admitted that he was aware that car 77 (Valtteri Bottas) crashed and did see the car on the left hand side of the track, but was not aware of the waved yellow flag. He also admitted not reducing his speed on the yellow sector.

“The Stewards noted from the on board images of Car 33, that the waved yellow flag was clearly visible and was shown with enough notice.

“The previous driver (Vettel) reduced the speed significantly as per the regulations.