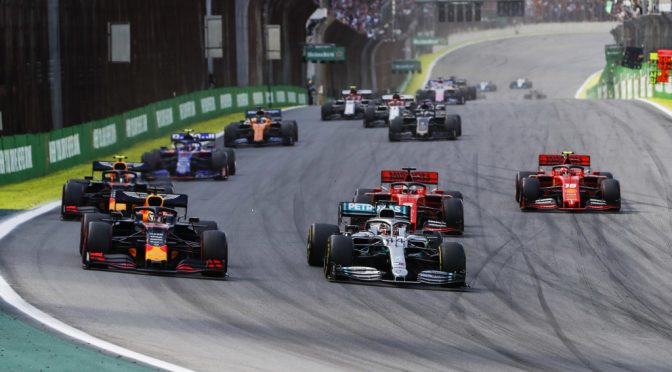 Verstappen secured the win on Sunday at the Formula One Brazilian Grand Prix. After being robbed of the win at last year’s race in Brazil, Verstappen drove brilliantly to finish first after starting on pole and managing to hold back Mercedes-AMG’s Lewis Hamilton.

In second place and on the podium for the first time of his career was Toro Rosso’s Pierre Gasly who made the most of Hamilton’s impact with Red Bull’s Alexander Albon in the final laps. The Thai driver took a wide line into turn ten, just ahead of Hamilton who went for the gap and came into contact with the right rear wheel of Albon’s car. 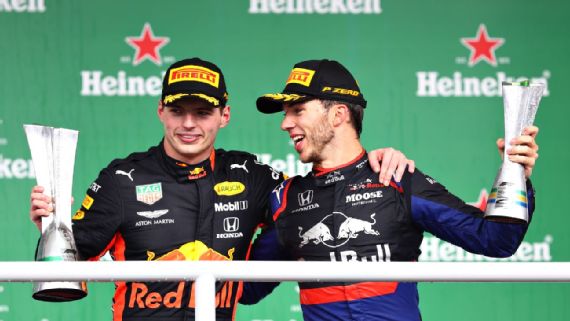 Gasly pulled ahead of both drivers and crossed the finish line approximately six seconds behind Verstappen. Hamilton recovered to claim third but stewards later handed him a five-second penalty that dropped him to seventh place. Albon dropped back to 15th and could only finish in 14th place.

Hamilton’s loss was McLaren driver Carlos Sainz’s gain, with the Spaniard moving up from his fourth-place finish to claim the third and final podium spot. Like Gasly, it was also the first time Sainz enjoyed a podium finish.

Both Gasly and Sainz were also helped by a collision between Ferrari drivers Sebastian Vettel and Charles Leclerc. At lap 66, following a safety car period to deal with Valtteri Bottas’ retired Mercedes, Verstappen led the race and was followed by Vettel, Albon and Leclerc. By turn one, Albon managed to pass Vettel who tucked in behind the Thai. At the same time, Leclerc closed right up to Vettel and passed him for fourth place, also at turn one. 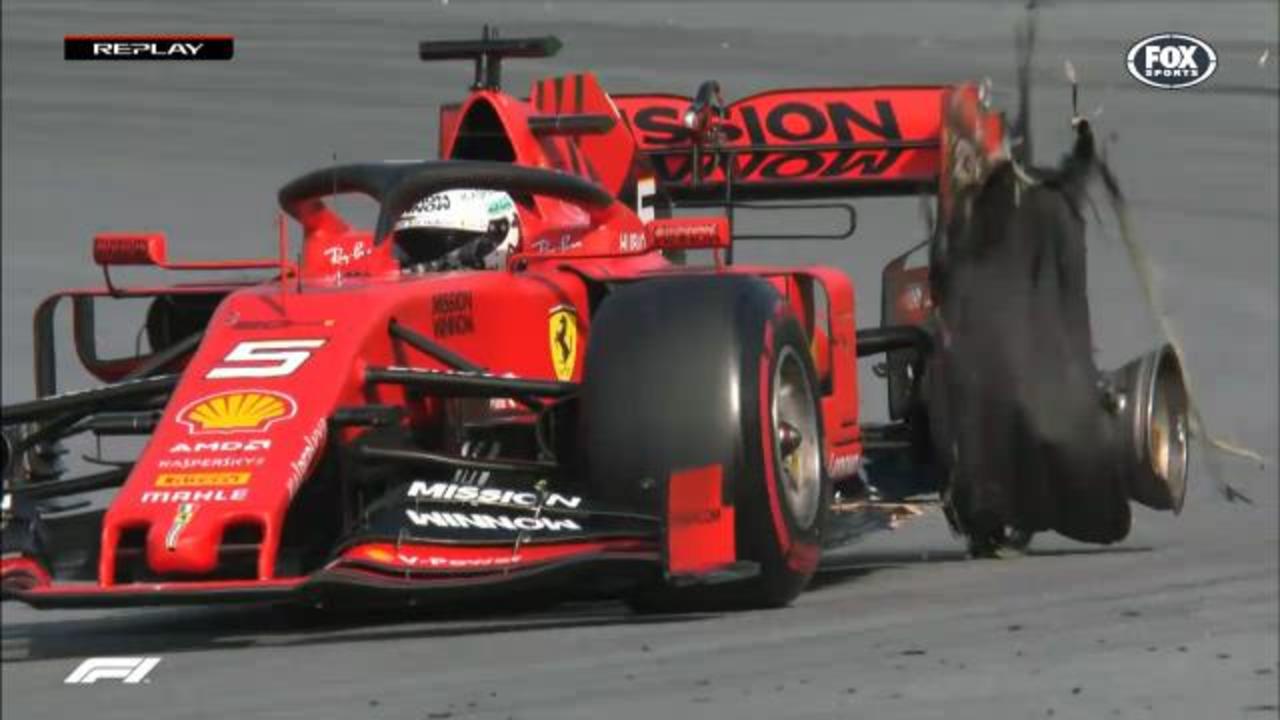 Vettel got a better exit in the second part of the Senna Esses and chased after Leclerc, trying to take the place back. However, it resulted in the two men colliding on the straight and it spelt the end of the race for both of them.

With the two Ferrari men out, Alfa Romeo’s Kimi Raikkonen was able to finish fourth followed by his teammate Antonio Giovinazzi in fifth.

Charles Leclerc #16
“It’s a real pity to end the weekend like this. I am sorry for the whole team, especially because today we were fast and we were looking good to bring home some decent points.
It had actually been an exciting race for me. Starting from the midfield, I enjoyed fighting my way forward and was satisfied with the way things were progressing.
We will move on from this in any case and continue to work together in the best way. Now it’s time for us to focus on Abu Dhabi to end our season in the best possible way.”