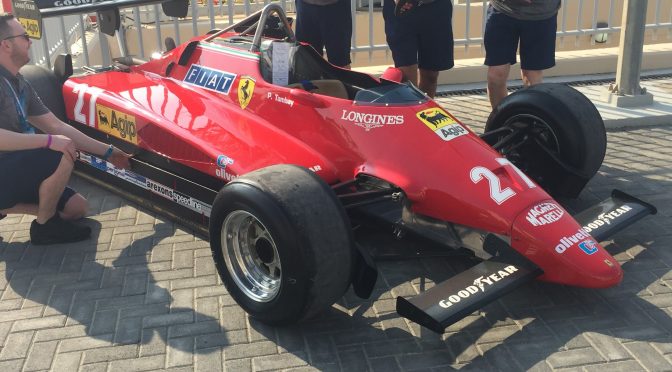 126C2. One of the most beautiful cars ever produced in Formula 1. It was designed by Dr. Harvey Postlethwaite, who was famous for designing the car that gave James Hunt and “His Good Lord” Hesketh their first grand prix win at Zandvoort in 1975 over Niki Lauda. The photo shows Patrick Tambay’s ride. It was the sister car that was put on pole in 1982 at Monza by Mario Andretti. He would finish third in the race behind Tambay, and race winner in a Renault-turbo Rene Arnoux.

This was the first Gran Premio of my life.

Three days after the race I was invited by the famous Ferrari engineer, Mauro Forghieri, to the Ferrari factory in Maranello. It was a great surprise to see and meet the race winner! Rene was there for seat fitting before the official announcement that he was leaving Renault.

Not bad for then 23-year old Karachi Kid. 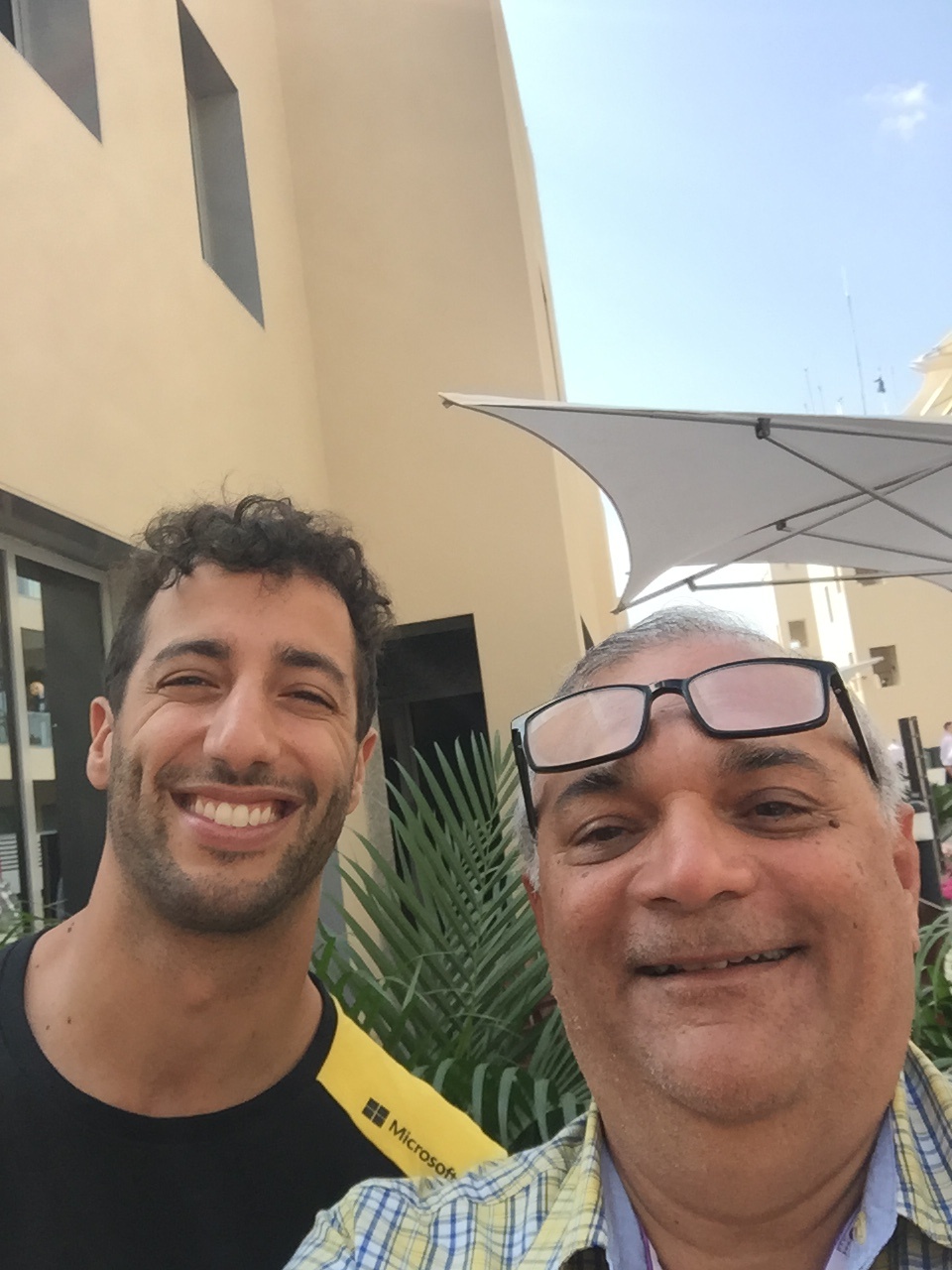 The Honey Badger. The Aussie mate could have been a contender at Red Bull Honda. But the Wild One rattled his cage like Danny did to Vettel. Ricciardo’s first victory came – like Lewis Hamilton – in Montreal. With excellent race craft and last of the late breakers, Ricciardo needs Renault to deliver the performance package they provided to Nando in 2005 & ‘06. Otherwise, he will be doing his own version of ‘These boots are made for walking.’ And he sings well. 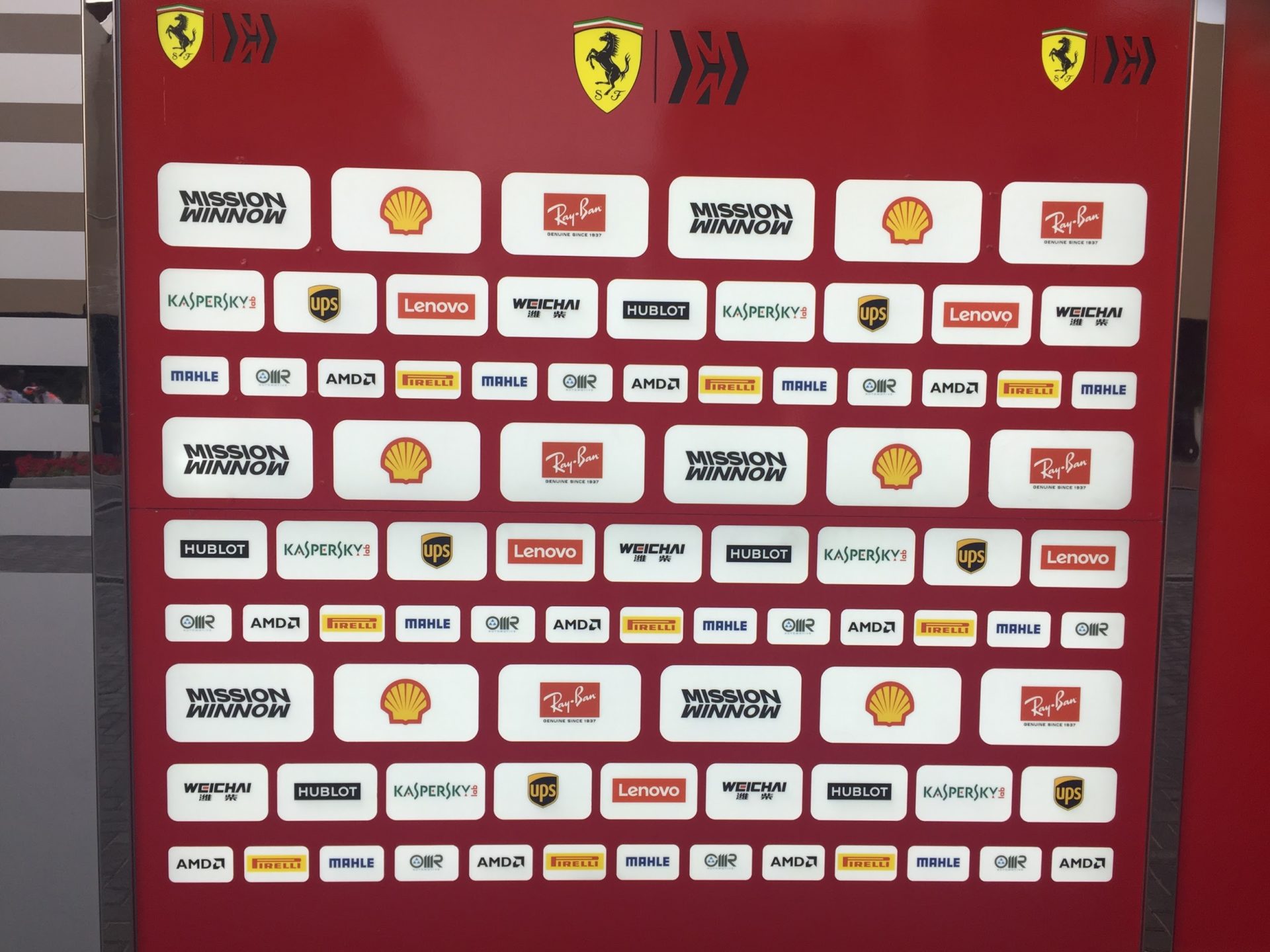 And now a word from our sponsors. The global appeal of Formula 1 is on display here. Ferrari sponsors include Dutch, American, Russian, Chinese, Taiwanese, Swiss, German and, naturally, “paisan” Pirelli and OMR Group.