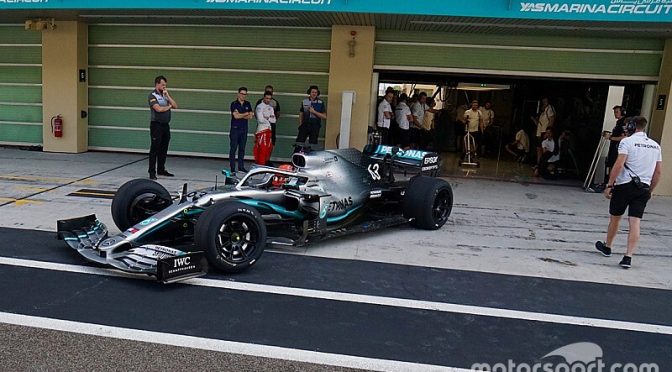 Test driver George Russell, who lapped quickest for the team in last week’s two-day test, covered 100 laps at the home of the Abu Dhabi Grand Prix. He drove a W10 fitted with 18-inch wheels and Pirelli’s development tyres.
The new 18-inch wheels will be used for the first time in the 2021 F1 season.

While F1 will continue to use 13-inch wheels next year, Formula 2 will switch to 18-inch rubber for 2020. Its teams completed their final, three-day test on 13-inch wheels last week.

Meanwhile teams are due to decide tomorrow which tyres they want to use for the 2020 season. They are considering whether to continue using the same rubber as in 2019 following concerns over the new compounds Pirelli has developed for next year. Pirelli is keen to use its new tyres partly because they include technology changes which they hope to develop further for their 18-inch tyres