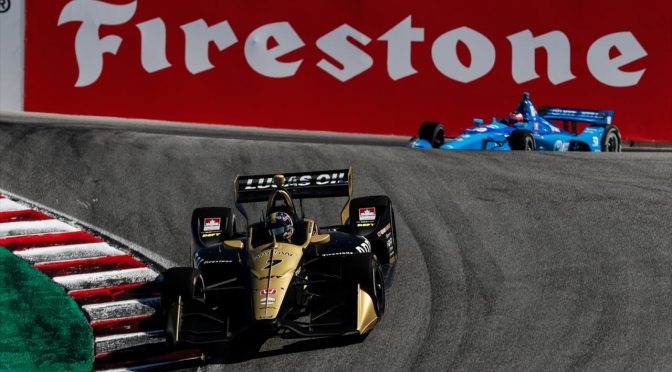 THE HOST IS HAPPY THE F1 2019 SEASON IS DONE BUT NOW SHIFTS HIS CONCERNS TO THE LAGUNA SECA FIASCO! NASIR IS BACK FROM ABU DHABI WITH A FULL REPORT FROM THE F1 PADDOCK.

Monterey County’s board of supervisors voted to hire the A & D Narigi, LLC (A&D) firm as the new track manager in charge of the county-owned park that contains WeatherTech Raceway Laguna Seca.

The five-person board voted unanimously to enter into contract negotiations with A&D. Provided both sides come to terms, the company led by former Monterey Plaza Hotel general manager John Narigi will replace the Sports Car Racing Association of the Monterey Peninsula (SCRAMP) at the onset of 2020.

The board’s decision serves as the second time SCRAMP has been on the losing end of a management contract vote. Following a scathing grand jury report compiled by the county in 2016 that documented systemic problems within SCRAMP’s business practices under a former CEO, the county spearheaded a worldwide search for new management firms.

The board ultimately chose the Friends of Laguna Seca group to replace SCRAMP, but was unable to conclude a deal with the management team. As a result, SCRAMP was given a new three-year contract to continue its management of the park, and with the term reaching its end, a new search began that promoted A&D as the county’s preferred vendor.

Assuming negotiations between the county and A&D are successful, SCRAMP’s 62-year tenure as Laguna Seca’s manager will come to an end ahead of the new racing season.

Separate from SCRAMP’s business infrastructure, the non-profit organization’s volunteer base is considered to hold the greatest value. Assembled over decades, SCRAMP’s volunteer group has facilitated the track’s major events throughout its tenure.

In SCRAMP’s pending absence, it’s unclear whether the hundreds of volunteers who’ve provided physical support, and allowed those events to operate without the vast expenses a paid staff would demand, would shift their allegiance to A&D.

Without the volunteers, it’s also unclear whether A&D would be able to form a similar volunteer base required to hold large events and meet its budget targets.