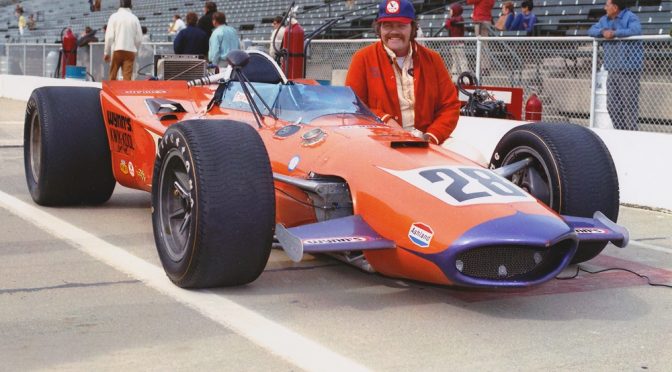 THOUGHTS ON THE PASSING OF BILL SIMPSON…

INDIANAPOLIS, – Veteran racer Bill Simpson, who made one Indianapolis 500 start and was renowned in global motorsports for his development of groundbreaking safety equipment, died Monday, Dec. 16 in Indianapolis due to complications from recent health problems. He was 79.

Simpson competed as a driver in drag racing, sports car racing and open-wheel formula racing, including in SCCA and USAC Indy-car competition. He made 52 career Indy-car starts between 1968 and 1977. He produced 11 top-10 finishes, including a career best of sixth in the 1970 Milwaukee 200. 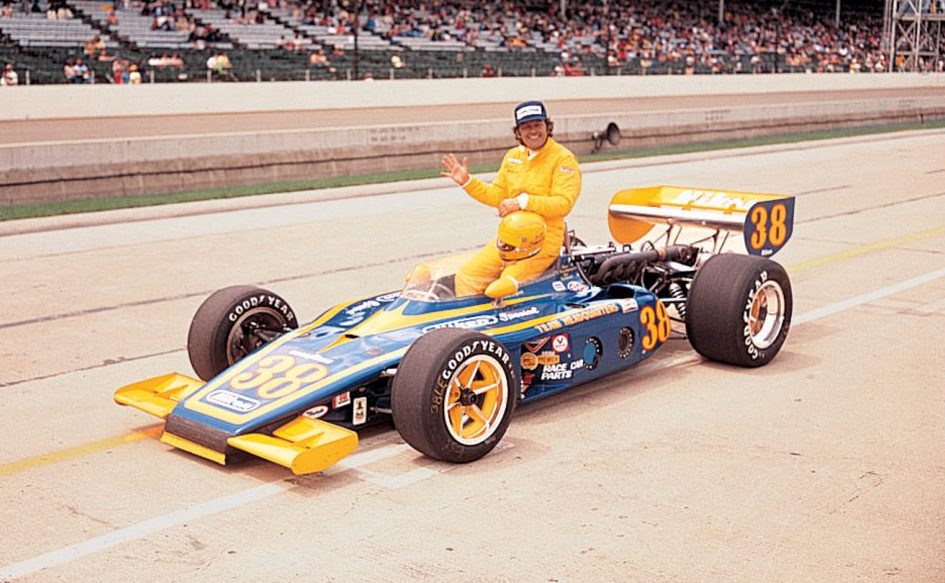 Southern California native Simpson qualified 20th and finished 13th in the 1974 Indianapolis 500 in the American Kids Racer Eagle-Offy owned by Dick Beith. It was his only career start in “The Greatest Spectacle in Racing,” but competing in that race was the fulfillment of a lifelong dream and the pinnacle of his varied driving career.

Another noteworthy highlight of Simpson’s career was providing four-time Indianapolis 500 winner Rick Mears with a car to make his first career Indy car start, in the 1976 Ontario 500.

Simpson’s racing career ended during an Indianapolis 500 practice lap in May 1977, when he realized he was thinking more about a phone call he needed to make for his racing safety products business than driving a race car at nearly 200 mph. That realization caused him to hang up his helmet for good on the spot, with Formula One veteran Clay Regazzoni taking his seat.

The colorful Simpson started his driving career in drag racing as a teenager in Southern California. His work in motorsports safety started inadvertently when he crashed his dragster as an 18-year-old in 1958, suffering two broken arms. During his recovery time, Simpson devised and developed more sophisticated, purpose-built parachutes – through trial and error on a rented sewing machine in a garage – to slow dragsters after the finish line, starting a company called Simpson Drag Chutes. 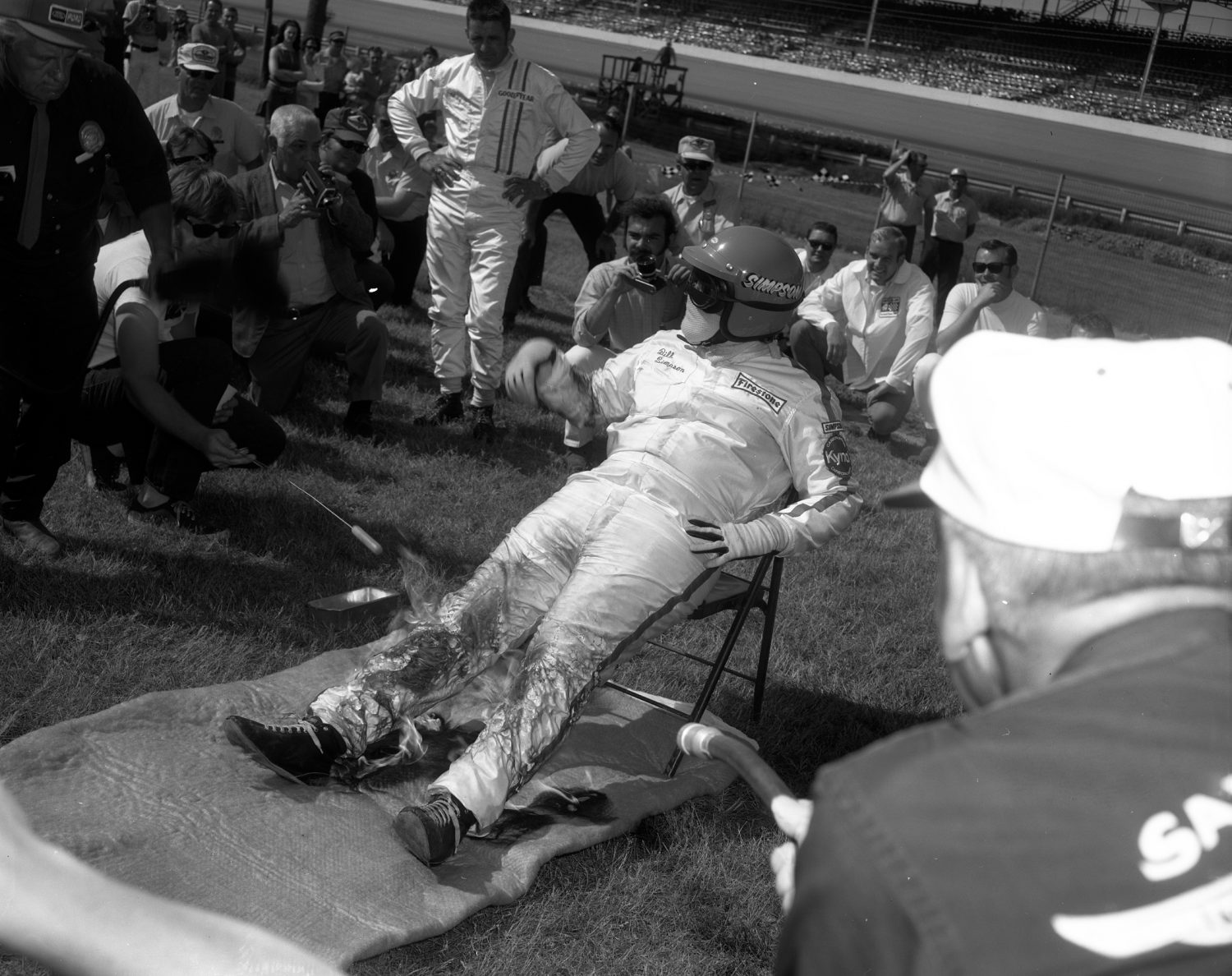 Simpson created the world’s first racing suit made of Nomex and brought it to the Indianapolis Motor Speedway that May, where it became a safety sensation quickly used by nearly every driver in the starting field and now is standard equipment for every race driver. Donning his Nomex suit and a helmet, Simpson set himself on fire during demonstrations to prove the suit’s effectiveness on several occasions over the years.

Those tireless contributions to motorsports safety led to a host of accolades and honors, including enshrinement into the Motorsports Hall of Fame of America in 2003 and the Indianapolis Motor Speedway Hall of Fame in 2014. 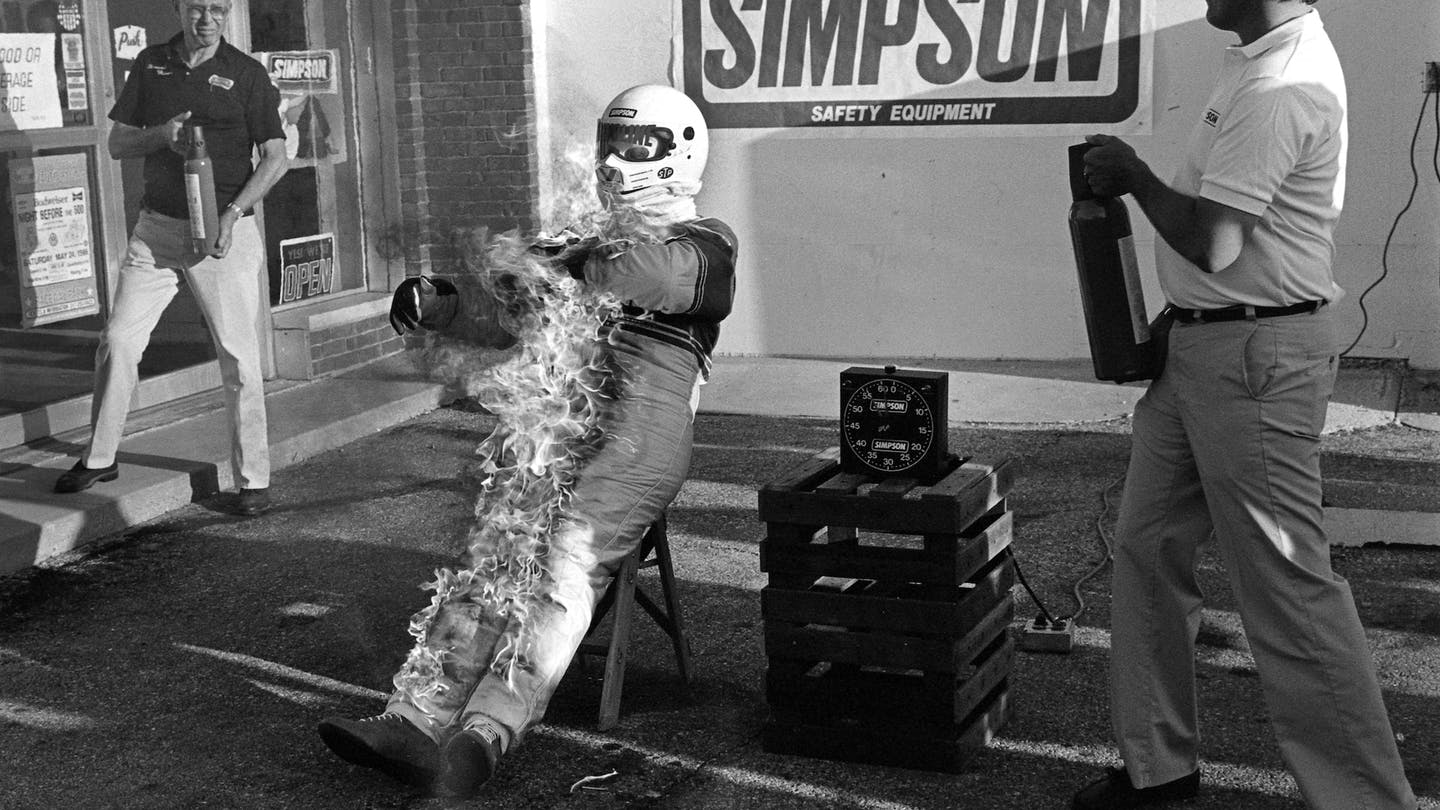 Simpson chronicled his colorful and substantial life in racing by writing two books, “Racing Safely, Living Dangerously” and its sequel, “Through the Fire.”

Despite the vast success of his motorsports safety companies, Simpson never forgot his magical year of qualifying for and competing in the Indianapolis 500.

He annually returned to the Speedway during the Month of May for veterans’ activities, including appearances at driver autograph sessions for fans on Legends Day presented by Firestone. Simpson often attended these sessions with fellow colorful motorsports mogul and Indianapolis 500 veteran Chip Ganassi, and he was a passionate supporter of the IMS Museum.

Simpson is survived by a son. He also was a devout animal enthusiast, whose menagerie included his beloved dog, Maia, camels and other pets. A celebration of his life is being planned for this May at the IMS Museum, with details pending.