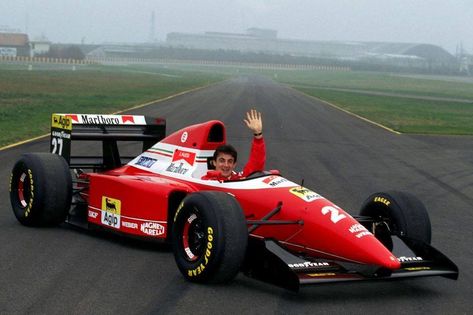 F1Weekly’s exclusive interview with Jean Alesi. Famous Ferrari pilot who won his first Formula 1 race on his Birthday. He led many races but this would remain his only GP success.

Q. Good to see the Alesi name winning again in racing, please tell us about your son Giuliano’s progress?

A. “It was for the Formula 2 season for Giuliano very difficult season, but so far he managed to make some progress race after race. But for him it was very difficult every race to have a different teammate.”

Q. You had the best present for your 31st birthday, please tell us what you remember most from that wonderful day and evening in Montreal?

A. “I checked last time I did almost 2,000 laps leading a Grand Prix and I won only one. So for me it was like a freedom to pass the finish line as a leading driver. I’ve been extremely, extremely happy and the night after the race I didn’t celebrate really but when I went in the restaurant the whole restaurant stand up and applaused. That was a great memory for me.”

Q. Your family is from Sicily, do names like Nino Vaccarella and Targa Florio mean anything to you?

A. “Yes. I am a big, big fan of old time. Vaccarella for us in Sicily it was really the Tazio Nuvolari. We respect him and know him. I like this story.”

Q. You and Gerhard Berger were two great characters and teammates at Ferrari, what is the story of overturning Jean Todt’s car after lunch at Fiorano?

A. “We had this moment with Gerhard when we were young and a bit crazy. We had this small inconvenience with Jean Todt’s car. He was very upset. We didn’t really did it on purpose, playing like that in the end we had this accident.”

Q Phoenix, Arizona, 1990, the heat was very hot and so was your performance in a Tyrrell against the McLaren Honda of Ayrton Senna. That race must have great memories for you?

A. “Yes, because it was the first time I drove the Pirelli tires. We knew we had this extra grip in qualifying but for the race we were not sure because the spirit of Pirelli at that time was to do the whole Grand Prix without pitting, without changing the tires. But I didn’t have the experience with this tire, so when I went in there I was not sure at all if it was good or not. And then it was a fantastic surprise because I qualified 5th. I had a super start and took second place.”

Q. Ken Tyrrell was a championship winning team owner. How was your personal and professional relationship with you?

A. “For me it was the best team to start because he was like a father, he gave me a lot of confidence. Always close to me and that was absolutely important for my progress.”

Q. Your relationship with Eddie Jordan?

A. “He was the key of my success because he took me after my Formula 3000 Championship in ‘88 where I was really nowhere, and gave me a winning car and introduced me to the Formula 1 teams. He made the deal to race one Grand Prix with Tyrrell, and then we signed for the rest of the season. So for me Eddie Jordan means everything.”

Q.You had a contract with Williams when the phone call came from Maranello, driving for Ferrari, was that purely an emotional decision or was there more to it?

A. “No, no, no. I had a contract and it was clear I was going to drive for Williams. But because Williams didn’t take the decision of the date we had on this contract it becomes option, and Ferrari decided to give me straight contract, fixed contract so we pull out of the Williams contract.”

Q Finally, your thoughts on Formula 1, your time and today?

A. “You know the time is changing. My time was for sure extremely exciting for me. But I am sure if we now ask Charles how he feels he will say ‘oh, it is a great time for me, very exciting, I love the cars.

“So, Formula 1 is Formula 1. And because we are using machines we cannot compare the previous time.” 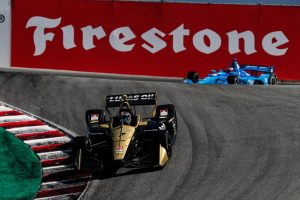 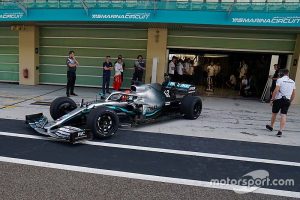 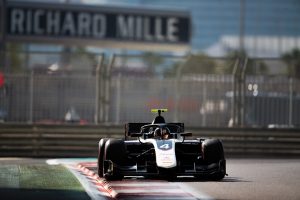