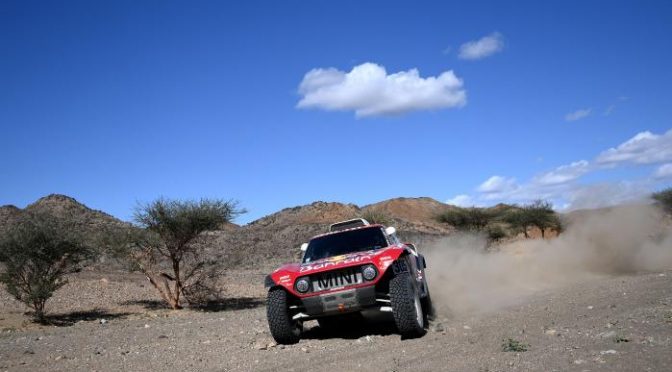 Two-time winner Carlos Sainz became the third new leader of the Dakar Rally after winning the third stage ahead of defending champion Nasser Al-Attiyah on Tuesday.
Sainz and Al-Attiyah vied for the lead throughout the 427-kilometer loop out from and back to Neom near Saudi Arabia’s northern border with Jordan.

Sainz prevailed after nearly four hours, beating Al-Attiyah by 3 1/2 minutes on a course with a fast first half and mountainous second. 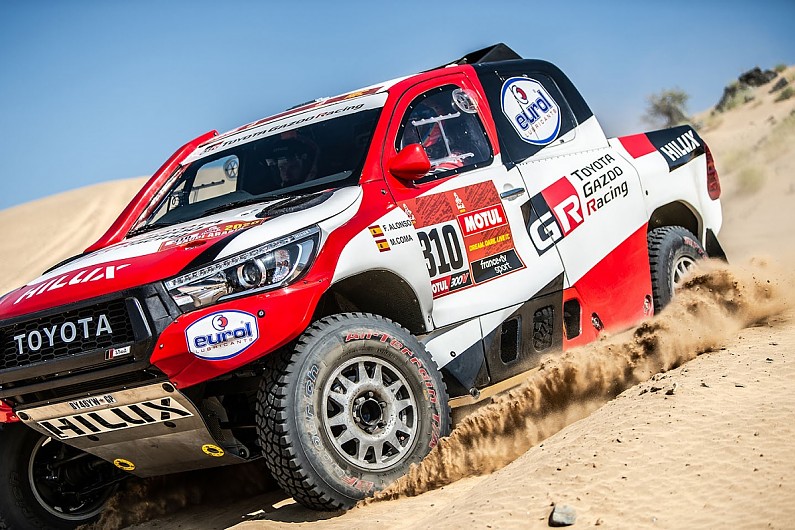 Jakub Przygonski, who endured six hours of mechanical problems on the first stage, was third. Former Formula One driver Fernando Alonso was fifth.

Overnight leader Orlando Terranova was nearly 13 minutes behind Sainz on the stage and dropped to third overall, eight minutes back.

The motorbike standings had to be modified because of GPS problems. Organisers used the times after 389 kilometres.

The change also benefited defending champion Toby Price and Xavier de Soultrait. They were originally 35 and 48 minutes off the pace, but that was reduced to 8 1/2 and nearly 14 and they stayed in the top eight.

Brabec took over the lead in the general standings, nearly five minutes ahead of Benavides. Matthias Walkner was third.

Price was less than 12 minutes back. Ross Branch, the winner of stage two, slammed his back wheel into a rock while taking a corner too wide after 88 kilometres and fell and hurt his shoulder.

He finished, though, unlike others who crashed and had to withdraw, including Guillaume Cholet, Adrien van Beveren, Olaf Harmsen, and Martien Jimmink.

De Soultrait also fell but finished with a tourniquet on his bleeding right arm.

The rally finishes on Jan. 17.