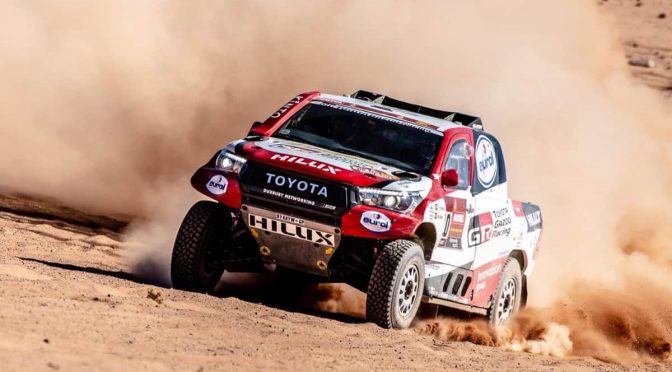 Alonso could only wait and watch as Mathieu Serradori beat him to the win on Stage 8 of the Dakar Rally.

Neither the bikes nor quads ran on Monday following the death of Paulo Gonçalves. 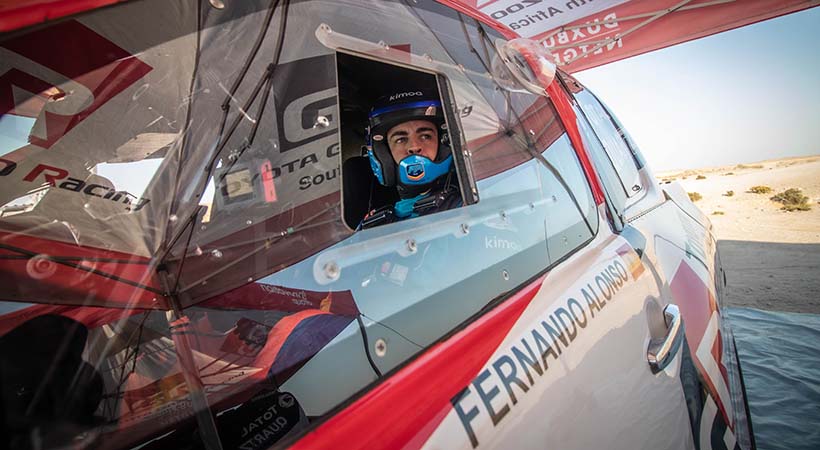 The Spaniard, driving a Toyota Hilux, was sitting top of the pile at the end of the stage with only Serradori still in the hunt.

The Frenchman took 3h48m to complete the stage, beating Alonso by 4m04.

“I’m absolutely delighted,” said Serradori. “It’s a wonderful story. Yesterday’s stage was very complicated – we made a mistake and paid a heavy price. This morning, we pulled our socks up and left everyone behind us.

“I’d like to dedicate this victory to Paulo because I’m a former biker. It’s not easy to get motivated after a day like that and my co-pilot Fabien was there as well. But there are two fighters in the car and I’m very happy with this result.”

He was overhauled on the stage by Nasser Al-Attiyah and Stéphane Peterhansel with defending champion reducing Sainz’s overall to 6m40.

Yasir Seaidan lost time when he got his Mini stuck in the sand.