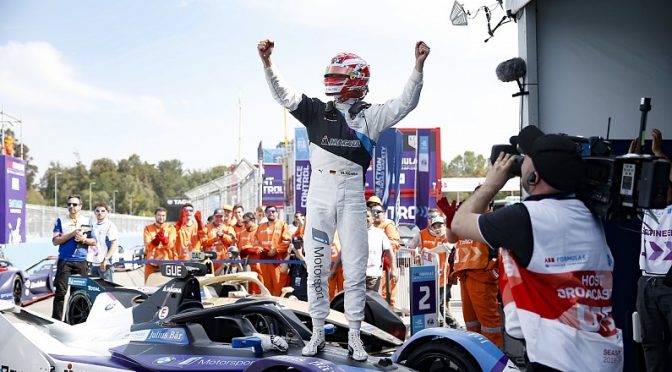 Almost a year has past since BMW i Andretti Motorsport driver Max Guenther failed to finish the 2019 Santiago E-Prix driving for his former team Geox Dragon. But what a difference a year can make. This time around, the BMW driver stormed to victory in a perfectly executed race, moving up from second place before clinching his maiden win after a daring ‘now or never’ move on the final lap.

Today is a dream come true,” said Guenther, visibly relieved after a fraught battle on track which saw him emerge from the fight in first place – his maiden win in the ABB FIA Formula E Championship.

Just less than a year ago, the 22 year old driver was racing with American outfit Geox Dragon, where he failed to finish the Santiago race along with seven other drivers. With record temperatures across the city, the 2019 Santiago race was one of the hottest and challenging on record. But this time around was a very different story. 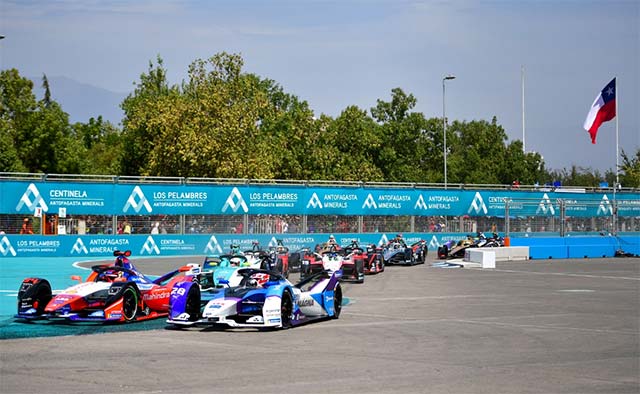 “For all of us it was about managing the race in hot conditions and it was a straight fight for the win.

“Having not made a great start on the dirty side of the track, which cost me a position, we used the ATTACK MODES very cleverly. That allowed me to take the lead.”

Despite an aggressive drive from DS Techeetah’s Antonio Felix da Costa, which saw him gain the lead temporarily, the young German remained calm and composed pulling off a perfectly executed overtake with seconds to spare.

“In that heat, it was also important to keep an eye on the temperature of the batteries. We did that really well.

“On the final lap, Antonio had to coast a little earlier than me on the straight. I thought to myself ‘now or never’ and went for the overtake. Fortunately, it came off!” said the German driver with a smile.