Vettel on top of the time sheets in final practice.

Ferrari remove the controversial bar code from the F10.

F1weekly Podcast number 423 Is on!

Back to Europe and Barcelona for what some say is the real start of the Championship.

The FIA  give the OK to Ferrari engine upgrades.

“A lot of work was carried out on the test bench, completing several long runs and this work produced some solutions which it is felt will solve the reliability problems experienced in Bahrain and Malaysia. The team therefore requested and received authorisation from the FIA to make some changes within the framework of the current engine regulations and these modifications will be fitted to the engines to be used in Spain.

While since China, everyone in the Gestione Sportiva has been working hard as always on their various areas of activity, it is fair to say that over the past weeks, the staff in the engine department really produced a major effort, working night and day to analyse, evaluate and solve issues that have affected engine performance in past races.” 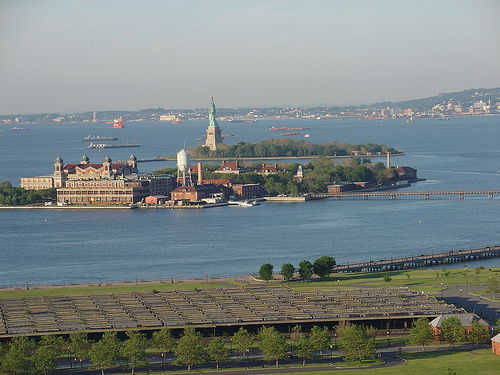 Jersey City looking to bring the Formula 1 circus back to US shores.

‘To maximize the dramatic effect, Jersey City could possibly follow in Singapore’s footsteps by holding the finals at night,’ an official press release reads. ‘Pictured is a generic circular circuit through Liberty State Park, which covers a distance of 3.6 miles; the area would provide the least impact to city functions and the greatest possible space to accommodate ticket holders.As the park has 1,212 acres, with a significant portion dedicated open space, amble viewing facilities can be erected, with the potential to hold the largest spectator audience on record. There are multiple ways to carve out the interior to make the course challenging with tight turns, great straights, plenty of options to place the pits, run-off zones, team facilities, media centre and of course the paddock area.’

Jerez. Jorge Lorenzo took a dramatic last lap victory over fellow Spaniard Dani Pedrosa, and then celebrated with a dive in the lake at the circuit.

“I saw the lake on Thursday and thought it would be funny to jump in and I think the fans liked it, but I didn’t really think about how heavy I’d be with wet leathers and for a minute I thought I’ve wasn’t going to get out,” the jubilant man from Mallorca was quoted on Motorsport.com

Pedrosa, on his Repsol Honda, started from pole position and led each and every lap of the race before running wide on the final lap, allowing Lorenzo to sneak by and steal victory in their home Grand Prix.

Lorenzo passed his FIAT Yamaha teammate Valentino Rossi and relentlessly hunted down the race leader. After playing ‘let’s get physical’ with Pedrosa couple of times he seized the opportunity with only a handful of corners to go.

Last year at the Catalunya Grand Prix in Barcelona Lorenzo was at the receiving end of a last lap, last corner pass by Rossi, who today had the best view of the action in front from his third place in the race. The top three were covered by one second.

Jerez is also remembered for one of the greatest and closest finishes in Formula 1 history. The 1986 Tio Pepe Spanish Grand Prix. Ayrton Senna in a JPS Lotus-Renault and Nigel Mansell in a Williams-Honda made a dash for the finish line side by side. 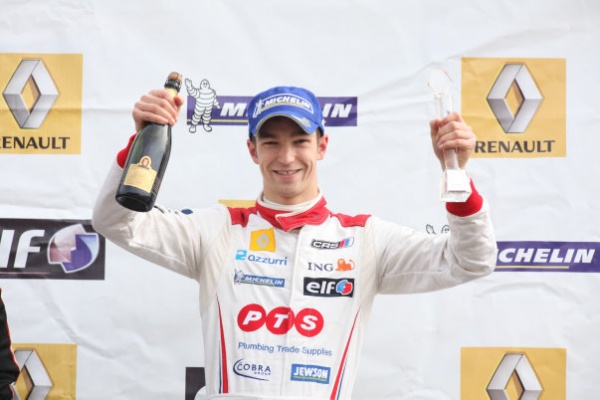 Smile of success. Harry Tincknell scored his first victory in the 2010 Michelin Formula Renault UK Championship last weekend at Rockingham. The CRS Racing driver started both events of the weekend from pole position and was runner-up in race one after setting the fastest lap.

Tincknell talked about his maiden victory saying, “The sun came out just before the start of the second race and I felt very confident as we came around on the formation lap. I knew that if I was first into turn one it was my race.

“I made one little mistake a few laps in but I held position and took it all the way to the flag. I’m very happy to get my first main series win. The team has worked long hours to get me here so I’m very happy for them.

“We need to keep the momentum going now but my confidence is high and I can’t wait for Brands Hatch.”

Momentum has been building for the 18-year old driver from Exeter since last year’s Formula Renault UK championship in which he was Rookie of the Year, and followed that with championship success in the winter series.

F1 Weekly is pleased to follow Tincknell’s career since our first meeting in the desert of California. In late 2007 he tested Formula BMW machinery in beautiful Button Willow, near equally lovely Bakersfield, in preparation for his single-seater career.

Please visit his website at www.harrytincknellracing.com for more information on this exciting young talent.

Racing regards and Cheers from California!

Williams pushing for the return of KERS for the 2011 season.

“We’re supportive of KERS at Williams, but our position was that we would rather it was integrated properly in the 2013 engine,

It’s something F1 can contribute to. A lot of road cars are going with KERS now, so it makes sense for F1 to have it. We thought ’13 was a better introduction point, but we’ve got to go with the agreement that everyone signed, and that was if someone proved by the end of March that they could do it for a million euros, then they can.

The attraction from my point of view is it makes the car go faster. If someone’s got KERS then you can’t afford not to have it. You’re talking three or four tenths .

It was quicker by the end of last year. If you look at McLaren, in Ahu Dhabi they were very competitive until they had the brake failure, and that was with the old front tyre as well. Now with the narrow front tyre it will be even easier to make KERS work.”

Jacques Villeneuve continues his efforts to return to Formula 1

Stay tuned for podcast number 422 brought to you by Audible.com

Including Motorsports Mondial with Nasir Hameed.