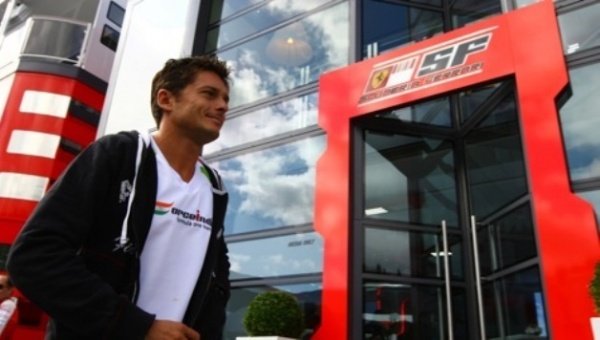 Giancarlo Fisichella will be the second Ferrari driver from the Italian Grand Prix.

‘This crash was not right, it happened because you wanted it to’. Massa to Flavio.

Renault could face serious charges with the risk of expulsion from Formula One.

Go around the Globe with Motorsports Mondial and Nasir Hameed.

Flavio Briatore was born in Verzuolo near Cuneo, Italy, in the Maritime Alps, to a family of elementary school teachers. He received a diploma in Land Surveying at Fassino di Busca’s high school with the lowest grades. Briatore found early work as a ski instructor and restaurant manager. He opened a restaurant named Tribüla, which was Briatore’s nickname. The restaurant eventually closed.

In the 1970s, he moved to Cuneo and became an assistant to businessman Attilio Dutto, owner of the Paramatti Vernici (formerly owned by Michele Sindona). Dutto was killed on March 21, 1979 in a car bomb attack by an unknown perpetrator.From then on, Briatore started his unorthodox business career.

Briatore next moved to Milan and worked in the Italian stock exchange. During this period, he met Luciano Benetton, founder of the Benetton clothing company. The two became friends and eventually business partners. When Benetton opened his first five stores in the United States in 1979, he appointed Briatore as director of the group’s American operations.

Due to Benetton’s unorthodox methods of franchising, the chain experienced a brief boom in popularity in the US. By 1989, there were eight hundred stores in the United States. Briatore, having taken a cut of each franchising agreement, became very wealthy.

Benetton was also known for its divisive and attention-grabbing advertisements. Briatore explained how they raised the company’s profile: "We decided to do something very controversial that people would pick up on — 50% of people thought it was great and 50% thought it was awful, but in the meantime everyone was talking about Benetton.

As store owners began to complain of competition from other Benetton stores, the number of stores decreased to two hundred and Briatore began to look for a new business.

Briatore attended his first Formula One race, the Australian Grand Prix, in 1988, having in the past proclaimed his lack of interest in the sport. Luciano Benetton appointed him commercial director of his Formula One team, Benetton Formula Ltd. (formerly Toleman), and when he fired the team management shortly thereafter, Briatore was promoted to managing director and set about turning Benetton into a competitive team.

He hired and quickly fired engineer John Barnard. Barnard’s successor was Tom Walkinshaw, whose greatest achievement with the team was to lure young driver Michael Schumacher from the Jordan team after his first F1 race in 1991. Briatore, too, contributed to this achievement. The Times observed that Briatore knew Schumacher could be the best and built a team around him at Benetton that eventually beat the Williams driver Damon Hill to the World Championship after Ayrton Senna was killed at the 1994 San Marino Grand Prix.

Late in 1994, Briatore purchased the ailing Ligier team to acquire its stock of Renault engines. FIA regulations, however, did not permit him to own the team, so he sold it to Walkinshaw. He took on complete management of Benetton, but when Schumacher and a number of key technical staffers departed for Ferrari in 1996, the team slipped to the middle of the grid.

Briatore purchased a share of the Minardi team in 1996, but being unable to sell it to British American Tobacco, as he had hoped, he sold out to fellow owners Giancarlo Minardi and Gabriele Rumi. Benetton fired him in 1997 in favour of David Richards.

In 2000, Renault announced its plans to return to Formula One with the purchase of the Benetton Formula team. Briatore returned as managing director and team principal, replacing Rocco Benetton. The team raced as Benetton-Renault in 2001 before becoming Renault F1 in 2002.

Briatore has a reputation as a talent-scout, and probably his greatest ‘find’ has been Fernando Alonso. Briatore met with the teenage Spaniard in 1999. As his manager, Briatore secured him a race drive with Minardi in 2001, and promoted him to test-driver for Renault in 2002.

For 2003, Briatore fired race-driver Jenson Button and replaced him with Alonso. When he replaced Button the outcry was huge, but Briatore stated, ‘Time will tell if I am wrong.’

Renault won both championships in 2005, with Alonso winning the drivers’ title, but he turned his back on Briatore to sign for rivals McLaren for 2007. Despite this, Renault and Alonso retained their titles in 2006.

Briatore also acts as manager for Mark Webber and Heikki Kovalainen, and formerly managed Jarno Trulli and Nelson Piquet, Jr. Despite winning the 2004 Monaco Grand Prix, Trulli was dropped from Renault by Briatore and replaced by Giancarlo Fisichella.

In April 2006, Renault F1’s new president Alain Dassas stated that having a contract with Briatore for 2007 was ‘a key factor’ in securing the company’s commitment to the sport; ‘and we will do everything to ensure Flavio stays… Briatore was duly confirmed as staying at Renault for the 2007 and 2008 seasons on 6 September 2006.

Briatore replaced Alonso with Kovalainen for 2007, saying: "With Kovalainen, I hope to find the anti-Alonso".

Allegations were made during November 2007 by the FIA against the Renault F1 team regarding information they were found to have in their possession concerning the 2006 and 2007 McLaren F1 cars. These allegations were the subject of an FIA investigation, with an FIA hearing taking place 6 December 2007. Renault were found guilty of breaching the same regulation as McLaren, but were not punished. Despite this guilty verdict, Briatore hit back at McLaren’s Ron Dennis, saying: "Here is a team that acquired an advantage illegally. Just read the regulations: for intellectual property theft the punishment is exclusion… Ron Dennis… was the one who protested us on the mass damper. He is not the immaculate saint he pretends to be on his statements.

In August 2009, Briatore was heavily criticised by Nelson Piquet, Jr. after he was sacked from the Renault team. Writing on his own site, Piquet said "A manager is supposed to encourage you, support you, and provide you with opportunities. In my case it was the opposite. Flavio Briatore was my executioner.

In an interview with Autosport magazine, Piquet Jr. said that Briatore "is ignorant about Formula 1” and revealed that “If you listen to the pit-wall radio, it’s like a joke. He hasn’t got a clue what is happening in the race… he makes comments that don’t make any sense.”

The son of the three times F1 champion Nelson Piquet affirmed "everyone knows that his ego is bigger than anything else. He likes to show off. You can be a very good businessman and whatever, but the F1 team itself can do very well without him. The only good thing the team takes out of him is his good relationship with Bernie and the FIA. Other than that, he doesn’t know what is going on. It’s like listening to something my sister would say about the car.

On August 30, 2009, during the Belgian Grand Prix, Brazilian journalist Reginaldo Leme stated in the live television coverage from Globo TV that Nelson Piquet, Jr. had intentionally spun off during the 2008 Singapore Grand Prix, following Briatore’s orders. This accusation is still unconfirmed, but, according to Leme, FIA has hired a private firm to investigate the matter. 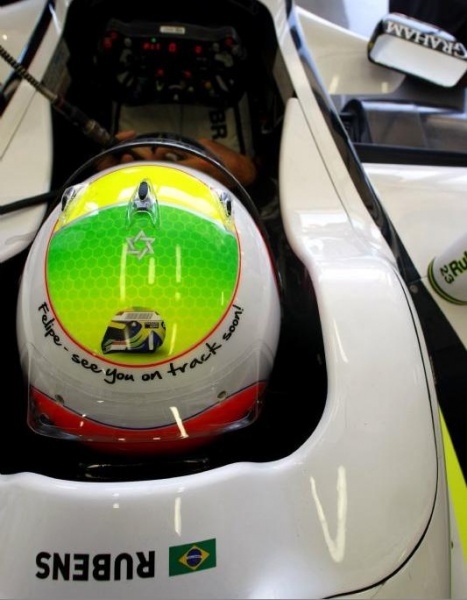 Podcast number 371, Clark and Steve on Valencia is live.

Lewis Hamilton seems to have lost this race in a controversial pit stop.

Talk of Toyota walking away from Formula 1 continue in the paddock.

Marc Gene says he is available if Ferrari wants to replace struggling Badoer.

Podcast number 368 is ready for your enjoyment.

Start time for the 2010 Malaysian Grand Prix moved forward an hour to 4pm.

Varsity letter winner in cross country and track at Dartmouth College, continued athletic career after graduating with a bachelor of arts degree in foreign language in 1973 as a two-time Olympic Trials marathon finalist while attending Emory University Law School … once a practicing attorney in Atlanta, Varsha accepted an invitation from Turner Broadcasting to cover a popular footrace in his home town in 1980 … performance led to an offer of a part-time job from TBS and a new career … moved to ESPN in 1986 to cover motor sports, including Formula One, CART, sports cars, drag racing and motorcycles … covered variety of sporting events, including World Alpine Championships, Indianapolis 500 Time Trials, U.S. Olympic Trials, New York Marathon and the Boston Marathon … moved to Speedvision in 1999, where he hosted Speedvision News Raceweek and Speedvision coverage of Formula One, the 24 Hours of Le Mans and the 12 Hours of Sebring.

FIA has re-opened selection process for final place on the 2010 Formula 1 Grid.

Schumacher will impress his fans in Valencia…Weber.

Felipe Massa can now continue his recovery at home in Sao Paulo.

Bernie Ecclestone expects Michael Schumacher to finish on the podium.

Peter Sauber has blamed BMW for his failure to take over the team.

You can now watch… yes I said watch the first part of the latest podcast, just click on the link below.

Belgian ace Jacky Ickx was a racing sensation both on two and four wheels. As a teenager he was a factory rider for Zundapp.

Ickx was only 23-years old when he joined Ferrari. His first Formula 1 win
came in the wet at Rouen in the 1968 French Grand Prix.

Ickx “walked” to victory in the 1969 Le Mans 24-Hours driving the beautiful Gulf Oil- sponsored John Wyer Racing Ford GT40 in one of the closest finishes ever.

Please enjoy our conversation with this racing legend on podcast # 354.

Fernando Alonso on top in the final Monaco practice.

Leigh Diffey: born on March 3, 1971 in Brisbane is an Australian auto racing commentator with the SPEED Channel in the United States. He has also worked in Britain and in his homeland of Australia, where he commentated on Champ Car and V8 Supercars for Network Ten in Australia. Jokingly referred to as "Stiffey" by fans and fellow commentators.

Prior to his Commentary and TV career, Leigh was a PE Teacher at Ipswich Grammar School, leaving in 1995/6 to pursue his love of Motor Sports and Television.

Prior to his 2002 move to the United States, Diffey commentated on the Superbike World Championship and presented coverage of the World Rally Championship for the BBC in the United Kingdom. He worked alongside Steve Parrish who along with Diffey, shared a mutual friend – the late Barry Sheene. Sheene was instrumental in joining Diffey and the BBC together.

In 2001 Diffey filled in for Jeremy Shaw covering the Champ Car series for ESPN International at the Rockingham 500 and the American Memorial 500 at Lausitzring alongside Ben Edwards.
In 2003, Diffey was hired by SPEED. At SPEED, Diffey was the play-by-play announcer for the network’s coverage of the SPEED World Challenge, the American Le Mans Series, the Rolex Sports Car Series, the Rolex Grand-Am Cup, the SCCA Trans-Am Series, and an occasional SPEEDNews anchor and Formula One host. He also did occasional lap-by-lap coverage of the NASCAR Busch North Series.
In 2008, Diffey filled in for SPEED commentator Bob Varsha during the Formula One Chinese Grand Prix. Varsha was unable to assume his usual role due to his covering the Barrett-Jackson Collector Car Auction in Las Vegas, NV.
Diffey, Bob Varsha and Krista Voda are now the mainstays of "The SPEED Report" – the network’s popular Sunday evening wrap of the week’s news and results. Leigh has also commentated selected rounds of the AMA Superbike and AMA Motocross Championships.