Belgium, land of Spa and Chimay, Ickx and Gendebien. Then there was Thierry Boutsen, now brokering planes in Monte-Carlo. He once famously held off Ayrton Senna lap after lap to win in Budapest.

World Karting Champion in 2002. Racing in Boutsen’s team, Jerome won the 2003 Belgian Formula Renault Championship. And raced in the Italian, French and European version of the series the following two seasons.

His next championship success came in the 2007 International Formula Master with five race victories. As part of Renault Driver Development program he was entered in the 2008 GP2 series with French DAMS team, the “A” is for ex-Renault and Ferrari driver Rene Arnoux who is no longer affiliated with the team.

Jerome’s best finish in the main series in 2008 was second on home soil at Spa and in the streets of Valencia. He was 11th in the championship.

In the 2008-’09 Asian variant of the series, Jerome, with four podium appearances, was runner-up in the championship behind teammate Kamui Kobayashi.

In the 2009 GP2 Championship Jerome scored six top-five finishes and was 9th in the standings. 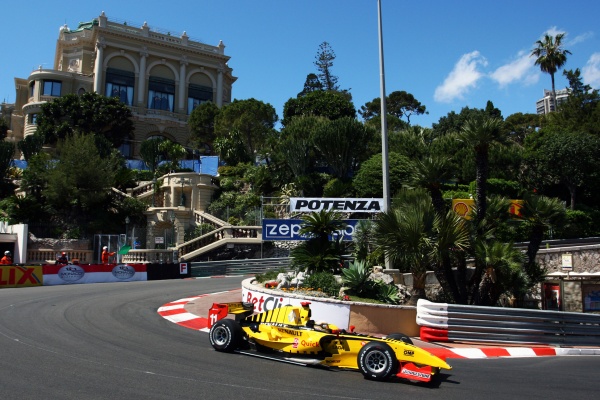 The glitz and glamour capital of racing world, Monte-Carlo, was the venue for Jerome’s first win in the series earlier this year. He was also on the podium at Monza.

Bright lights will be shining on him as he takes his Virgin F1 machine out on the streets of Singapore this weekend.

F1Weekly is pleased to present an exclusive conversation with Jerome D’Ambrosio on Podcast # 459. The talented Belgian was interviewed at Hockenheim last July during the German Grand Prix weekend. His musical taste ranges from Ella Fitzgerald to Ennio Morricone.

For more information on his career please visit www.gravitysportmanagement.com