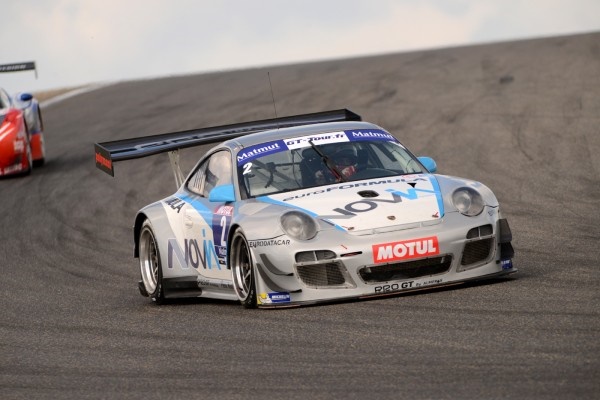 The “Volant Euroformula” 2012, Enzo Guibbert, started this year in the highly competitive French GT championship and for a first in this discipline, it is safe to say that his gamble pretty much paid off! We met him at the Euroformula School:

First of all, success stayed cruelly out of our reach. Then there was not enough driving practice between races which handicapped me the most because I wasn’t at my best at the start of the meeting. I had to work around technical breakdowns like in Imola, for example, where I only raced in the qualifiers! Between lack of experience, hard to overcome without practice, and points lost because of various problems we ran into, we automatically end up with a season of highs and lows. Also, the Porsche, an excellent car all things considered, doesn’t have the top speed our rivals had like in Castellet, for example, where we were giving away 10 kilometres/hour to the leaders, that’s about seven tenths of a second lost. Even though the car was well balanced in the bends, it was impossible to catch up on the time lost.

2.    Tell us about the highlights and what conclusion do you draw from your first season in the GT Tour?

This season had a lot of powerful moments but the best memory will always be my pole position in Ledenon, all my family were there and we weren’t far from home with all our friends, it will always be a special moment because it was the completion of a year’s work with a lot of sacrifices, there was a lot of emotion! My season also had some bad times, the most notable being the meeting in Imola where I could not take part in the two races because of mechanical problems. The outcome still remains positive in relation to my progress throughout the season. I had a good season as part of Philippe Alméras’ Pro GT organisation, they have a good team. For next year I hope to start a new season in GT or to run in the Porsche Cup France for which I have already been selected to try for the Scholarship.

3.Talking of awards, how did the “Volant Euroformula” help you and which memory will you keep from your victory?

My victory in the “Volant Euroformula” allowed me to drive this year, without it I think I would have had to give up my career. This Volant was a great opportunity for me. I remember the final as if it was yesterday. I was motivated and came to win. I had focus from the start and decided to attack from my very first lap. With good pace, I felt at ease in the car and everything went well. A great moment. Thanks again! 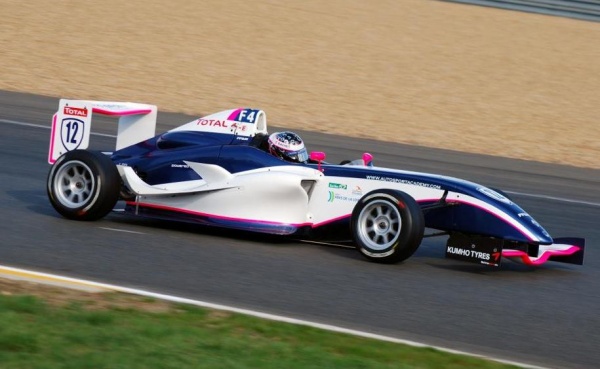 Serious business got underway last weekend on the Ledenon circuit with the first challenge of the French F4 Championship. After some very good winter trials, which saw him constantly holding his own in the lead positions, Simon Gachet is one of the favourites.

He held his rank from the first practice where the “EUROFORMULA VOLANT” 2011 put himself forward when he made the second best time of the session. A performance he confirmed when he did it again with the second best time in the qualifiers: 0,010 seconds behind the first, raising high hopes for many victories!

From the start of race 1, Simon Gachet grabbed first place and kept it until the half mark of the race when he unfortunately span out. Back in fourth position, the “EUROFORMULA VOLANT” was determined to climb back but a small collision two laps later forced him to retire.

Avid fan of Fernando Alonso, Simon Gachet was not going to give up because he knows he has what it takes to climb onto the podium for race 2. That’s exactly what he does crossing the line in second place of a race he had livened up throughout, just ahead of Victor SENDIN, the brilliant finalist of the “EUROFORMULA VOLANT” 2011.

The outcome of the weekend in Nimes was very positive overall even though his abandon in the first race left him with a few regrets.

Simon Gachet: “I am happy with my meeting as far as the level of performance is concerned but I am disappointed that I did a 360° in the first race when I was in the lead, I lost some big points. I got the situation back under control in race 2 and that’s the most important part because I know now that I can fight for the championship and I will do all in my power to confirm that in the next race. I am really happy to be a part of the AUTOSPORT ACADEMY because I know I am going to learn a lot.”

Laurent Fradon, the director of the EUROFORMULA School, is also satisfied: “Simon has always been in the front ranks and has shown his skill at speed. His slip up in the first race is one of those normal things but he livened up both races of this meeting and we are very happy with his performance. Simon also showed he has the mental strength, he has proven that he should be among the big favourites of the French F4 2012.”

The date for the next challenge of the French F4 championship which will take place on the urban circuit of Pau is for the 12 and 13 May. Simon Gachet’s aggressive style should allow him to get into the fight for first place! 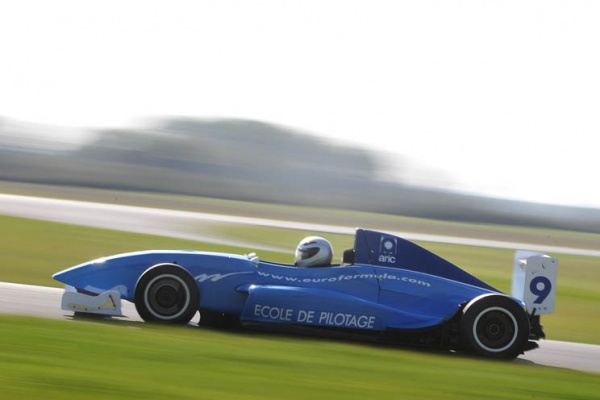 Following the success of their first edition, the directors of EUROFORMULA have decided to renew the experience and perpetuate the “EUROFORMULA VOLANT”.

Beyond training courses and other activities linked to the single-seater, the role of a driving school is to spot new talent and award a bursary to the winner.

To take part in the « EUROFORMULA VOLANT » 2011 selections, students must not have won any “Volants” nor been classed in a single-seater, prototype or bucket-seat championship, in the previous three years.

They will need to make a financial contribution of € 1490 and there will be an additional € 990 for semi-finalists only.

The “EUROFORMULA VOLANT” will take place over four seasons of two days bringing together 8 to 12 drivers, with an intensive course on “Renault Formula” cars. Eight to 12 drivers will then be selected to take part in the semi-final on the CHÂTRE circuit.

He will go up on the leader board with the young Paul Loup CHATIN whose performance we will follow with great interest throughout the season.

The EUROFORMULA driving school, created in 1997, is the legacy of the PRIVILÈGE FORMULA SCHOOL. It has trained more than                20,000 students. In among the multitude of existing establishments, this school is today’s last real single-seater driving school in France with its own teaching methods and competition training department as well as a club exclusively for experienced students.