Since November, when the Fédération Internationale de l’Automobile (FIA) announced that the Formula 3 Euro Series will be awarded the status of the official FIA Formula 3 European Championship, the interest of the teams in the planet’s most competitive young-driver series has been increasing consistently. Currently, three new teams are planning to enter the series with a minimum of two cars each. The renowned Dutch squad around Team Principal Frits Van Amersfoort raced in the ATS Formula 3 Cup, to date. Fortec Motorsport successfully competed in the British Formula 3 Championship – and the third new squad planning to battle it out for the European Championship title, in 2013, is the Italian squad Team Eurointernational.

In addition, nearly all teams that contested the 2012 Formula 3 Euro Series season plan also to be back on the grid of the new European Championship, next year: Prema Powerteam, in 2012 the last Euro Series Champions courtesy of Daniel Juncadella, who also won the team title; Mücke Motorsport who demonstrated perfect intuition by signing Formula 3 newcomer Pascal Wehrlein. In the end, the rookie finished the season for the Berlin based squad as vice-champion and rookie of the year. For the 2013 season, Mücke plan to extend their line-up from two to three drivers. Carlin, ma-con Motorsport, Jo Zeller Racing and URD Rennsport also will once again go for it, next year.

A strong competition and a grid featuring 20 to 26 cars promise a thrilling debut season with spectacular battles for positions and championship points. The 2013 season will be kicked off on the penultimate weekend in March, in the support programme of the World Touring Car Championship season opener at Monza.

Eurointernational, Antonio Ferrari: “The FIA F3 European Championship is the series I have been waiting for for long time. It’s the perfect series for the Eurointernational racing programme as it will be the world’s toughest junior-racing category and we are looking for new challenges, after more than two decades of wins and successes secured all over the world. I have followed Gerhard Berger’s project since the very beginning and I am one of his stronger supporters, believing in the F3 car concept as the best car for a young driver on the way to F1. To underline our commitment and belief in the category, Eurointernational will run only F3 cars in 2013 – in two Formula 3 championships.”

Fortec Motorsport, Richard Dutton: “We have been looking at the F3 championship for a while and I am really impressed by the level of competition. Our intention is to run four cars and at the moment we are delighted to have Felix Serralles and Pipo Derani confirmed. They raced with us in the British Formula 3 and showed their potential and pace. We will still be contending the British F3 Championship but I wanted to expand into the European championship and the time is right to do so. Our intention is to win – that’s why we are competing.”

Prema Powerteam, René Rosin: “Prema Powerteam has participated in the Formula 3 Euro Series since its creation in 2003. We were honoured to be a part of this important period and we will always remember it with great memories of hard work and competition in a highly professional environment. We are also very proud to have opened the series in 2003 with our title with Ryan Briscoe and to be closing it with our two consecutive wins in 2011 and 2012 with Roberto Merhi and Daniel Juncadella. Participating in the FIA Formula 3 European Championship was the only logical step after the Formula 3 Euro Series. The FIA has contributed a lot in developing this series and it will become without any doubts the natural feeder series to professional categories as F1 or DTM. The FIA Formula 3 European Championship will reunite the best teams and drivers of Formula 3 which will consequently increase the level of competitiveness and this is a great challenge for Prema.” 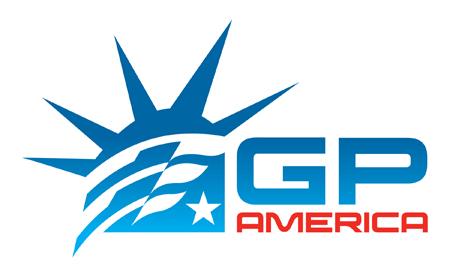 The inaugural Grand Prix of America at Port Imperial is set to join the FIA Formula One World Championship on June 16, 2013. The date was announced by the Fédération Internationale de l’Automobile (FIA) as part of a 20-race schedule in 19 countries on five continents.

The Grand Prix of America will run on a 3.2-mile street circuit between Weehawken and West New York, N.J., with the New York City skyline as a backdrop. It will be the first Formula One race held in the New Jersey / New York area in the 63-year history of the world championship. Fans will be treated to three days of action, June 14 to 16, including Formula One practice and qualifying sessions, support series races and Sunday’s Formula One race.

“I am proud that years of hard work have brought us to this point and we look forward to bringing world-class Formula One racing to New Jersey,” race promoter and executive director Leo Hindery, Jr. said.

“The support we have had from elected officials like New Jersey Governor Christie and the mayors of Weehawken and West New York, a committed property developer and a great management team has been incredible. They have stuck by us through this process and we owe them our thanks. The Grand Prix of America will be a special and historic race for New Jersey and New York, for the drivers and, most importantly, for the dedicated fans of Formula One racing.”

Hindery has a long history in motorsport as a driver and executive. He won his class in the 2005 24 Heures du Mans (24 Hours of Le Mans). He is also the founding chairman and former CEO of The YES Network, the largest and most successful regional sports network in the United States and the television home of the New York Yankees. He currently serves as managing partner of InterMedia Partners, LP, a media industry private equity fund headquartered in New York City.

“I became a racer very late in my life,” Hindery said. “But if you’re committed, passionate and have a great team of people behind you, you’re on the road to success.

“Formula One’s president and chief executive officer, Bernie Ecclestone, has set the highest possible standards for the drivers and their teams, fans, sponsors, and the region we call home. We won’t be satisfied until those standards are met.”

The world’s top drivers will pilot the fastest, most high-tech race cars in the world on the streets of New Jersey when the Grand Prix of America at Port Imperial joins the FIA Formula One World Championship. The inaugural race is planned for June 16, 2013, on the 3.2-mile street circuit in Weehawken and West New York, N.J., against the backdrop of the New York City skyline.

Circuit of The Americas today announced that it has been declared ready to host the 2012 FORMULA 1 UNITED STATES GRAND PRIX™ by Charlie Whiting, who directs racing, safety and technical matters for the Fédération Internationale de l’Automobile (FIA), the sanctioning body that oversees international motorsport. Whiting visited the Central Texas sports and entertainment venue as part of a scheduled pre-race inspection and approved the circuit for “Grade 1” status, which is the highest distinction awarded to a motorsports venue. The passing grade clears the way for the circuit to conduct Formula 1 racing this fall.