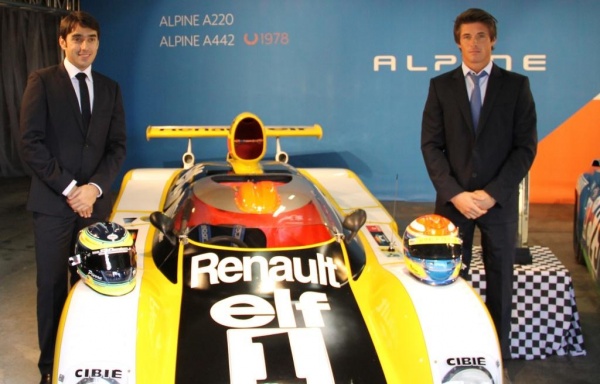 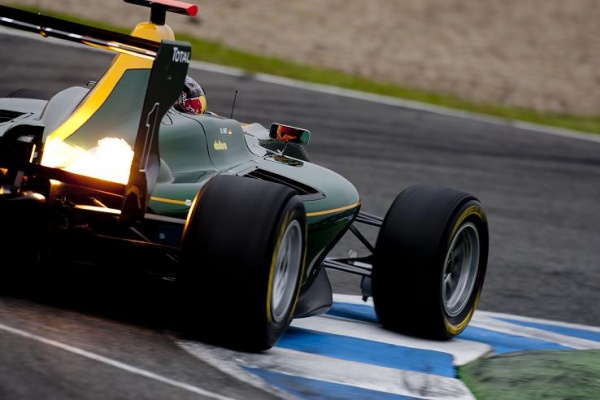 Alpine is probably the only French automotive brand to have been crowned in all three of the rally, single-seater, and prototype motor sports. After many international achievements in endurance, with the unforgettable overall win in the 1978 Le Mans 24 Hours, Alpine is back in Le Mans this year for the most difficult endurance race in the world.

After battling brilliantly in the LMP2 category of the 2012 World Endurance Championship (WEC), and a fine fourth in the 24 Hours of Le Mans where he was awarded the Jean Rondeau prize for best rookie, Nelson Panciatici is now officially an Alpine driver. He will race in the European Le Mans Series (ELMS) as part of the Signatech-Alpine Team run by Philippe Sinault. His partner is Pierre Ragues, another Frenchman, he has known since his Formula Renault 2.0 days and they raced together in the WEC last year. The two men, who get on very well, are a formidable team with a goal to win!

For this great comeback of the Alpine brand to the top level of motor sports, Nelson Panciatici would never, for anything in the world, have wanted to miss this extraordinary opportunity to drive an Alpine-Nissan kitted out with Michelin tyres.

He tells us: “I was hoping for more endurance racing because I really enjoyed my first season in the sport. I was also in a top team of skilled and passionate people. I did have some offers I was looking into very seriously but when Philippe Sinault mentioned the Alpine project to me, I jumped at the chance! Driving for a constructor as famous as Alpine is an incredible opportunity for a young driver and I didn’t hesitate for a second! I’m really pleased to be part of the Signatech-Alpine team and with Pierre as my co-driver, we’re aiming for victory in the LMP2 category from the start. Expectations will be high from everyone but I feel I can take on this responsibility because I know the whole team is there to help us and we’ll have a good car. I hope we have as good a season as we did last year, with a win to crown it!”

Amazing drivers like Patrick Depailler, Jean Pierre Jabouille, Henri Pescarolo, Didier Pironi, Jean Claude Andruet, Jean Luc Thérier, Jean Pierre Jaussaud too, and many others, have all shone behind the wheel of an Alpine. A new adventure starts today and new generations are already “tweeting” with frenzy: “Alpine is back at Le Mans.” Nelson Panciatici and the whole Signatech-Alpine team are ready to take on the challenge and add another chapter to the history of Alpine! 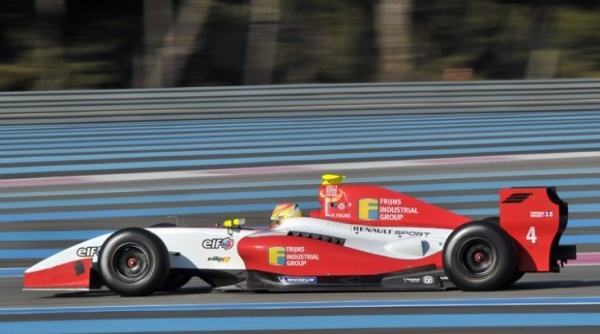 A conversation with Robin Frijns

The Dutchman will be paired alongside Carlos Huertas to complete Fortec’s driver line up.

The 20-year-old tested with the team, who were second in the Team’s Championship in 2011, at Motorland in November.

Frijns enjoyed a fantastic 2011 with Josef Kaufmann Racing, taking five wins en route to the Formula Renault 2.0 Eurocup title and demonstrated excellent consistency by finishing inside the top five at every race.

He comfortably secured the title with a round to spare, winning the championship ahead of highly rated Carlos Sainz Jr. by 45 points.

That title came a year after he victorious in Formula BMW Europe, which also came with Josef Kaufmann Racing.

Fortec’s Formula Renault 3.5 Team Manager Jamie Dye said: “Robin has always been one to watch – his consistency throughout the 2011 season was phenomenal and he’s proven himself to be the complete package.

“We’re absolutely delighted to have him with us for 2012 and he has shown that he thoroughly deserves a place in the Formula Renault 3.5 series.

“We’re very much looking forward to working with Robin this year and we’re confident that both he and Carlos will be strong contenders next season.”

Renault Sport Sporting Manager Emmanuel Esnault also expressed his pleasure that Robin is moving up to Formula Renault 3.5 with Fortec.

He said: “We are all happy to see Robin joining Fortec Motorsport for his maiden season in the Formula Renault 3.5 Series and are proud to observe that the prize money of €500.000 offered to the Eurocup Formula Renault 2.0 Winner is allowing him to make concrete the step forward in our unique stairway to F1. “We wish him all the best.”