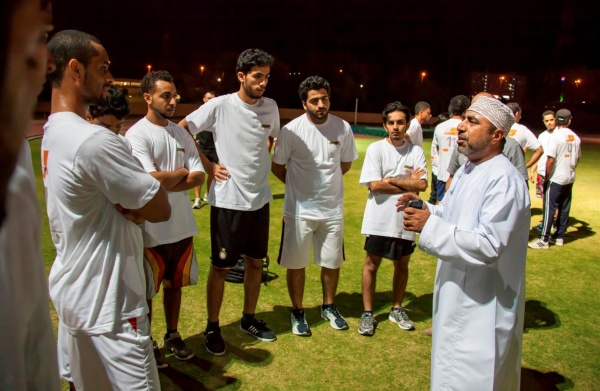 Muscat, Oman, 13 February, 2013: The waiting is almost over for 32 young Omanis who will be groomed as the Sultanate’s next generation of rally drivers and road safety ambassadors.

Four teams of eight youths who will take part in the inaugural Oman Youth Rally Cup will be announced at a press conference in Muscat on Saturday following the completion of an intensive selection programme.

Ahead of them lies an exciting double challenge – to compete in the 2013 Oman Rally Championship, and play a key part in a year-long series of community activities designed to encourage the wider public in the Sultanate to become safer drivers.

“We had a great response to the project from the youth of Oman, and all the candidates who went through the selection programme have worked very hard,” said Hamed Al Wahaibi, Oman’s top rallying figure and creator of the Oman Youth Rally Cup.

“We adjusted our original plan to select three teams and added an extra team because of demand. Even then it’s been a difficult task to select 32 from all those who wanted to take part. But we’re now looking forward to introducing them on Saturday, and to working with them to achieve our main objectives, to raise road safety awareness in Oman and create future rally champions.”

The four teams to be announced on Saturday will each consist of a driver, co-driver, five technicians and a team captain. They have been selected following a demanding three-day fitness assessment programme this week at the Sultan Qaboos Sports Complex in Bausher, which included ‘reaction’ tests to select drivers and co-drivers.

“This level of intensive training and education within the project is intended not just to create future business leaders and sports champions,” said Al Wahaibi. “It is also aimed at creating better and safer drivers, and grooming them to be road safety ambassadors who reach out within the community, and spread the habit of being safer road users among everyone.”

Using specially designed Toyota Yaris models built and tested in the Sultanate for rallying, the three teams will compete in their own category in this year’s Oman National Rally Championship, which starts next month and finishes in December.

The winners of the inaugural Oman Youth Rally Cup will be decided by a scoring system based on a combination of rally results, and performance in a series of community activities aimed at making the wider public safer drivers.