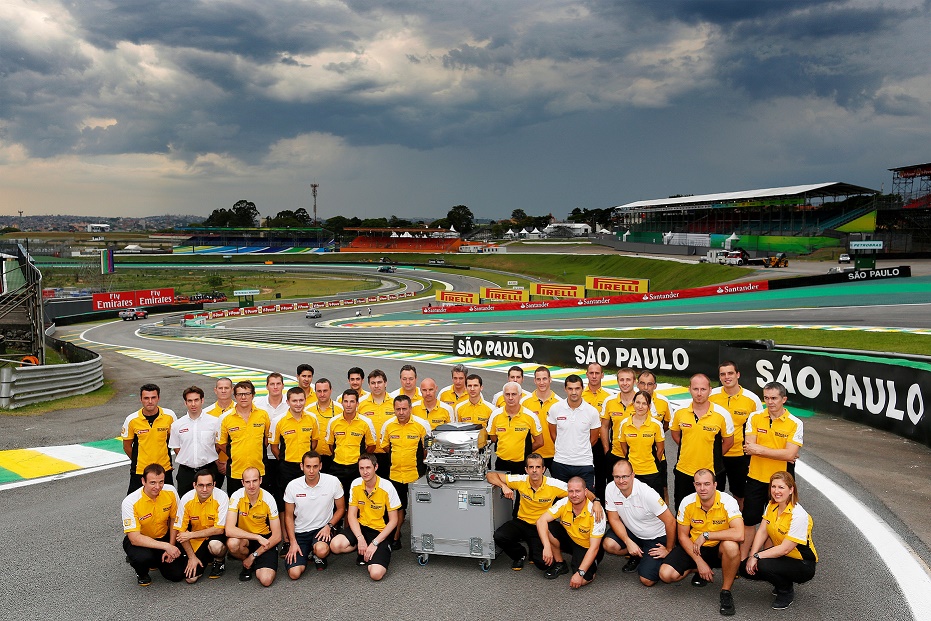 This weekend Renault Sport F1, the F1 division of Renault, consolidated its record as Formula 1’s most successful V8 engine manufacturer. Sebastian Vettel’s win in the Brazilian Grand Prix, held in Sao Paulo, took its tally of wins to 60, over 40% of the wins of the eight year period.

Rob White, deputy managing director (technical) looks back on the V8s: ‘Getting to the end of an engine formula is a time for reflection and I am proud of what we’ve achieved. The birth of the V8 was an opportunity, but also an enormous challenge. We were fighting for the 2005 championship with the last V10 and ultimately succeeding brought a weight of expectation to bear. The team at Viry did a great job to manage the development of two engines in parallel and to win with both.

‘Among the wins that stand out for me is the first race of the V8 era, the Bahrain Grand Prix in 2006, won by Alonso. It was a fantastic relief to know that our hard work and difficult choices had been on the right track. We had been up against it for the development of the V8, and we took some decisions that surprised our competitors and onlookers at the time – for example we were very late to test on track;  everyone else was running an interim car on circuits while we were back at base dyno testing!

‘Securing the title at the last race in 2006 was a very special feeling. To show how intense it was, I do not actually remember the race in Brazil – I remember more the reaction at the factory and the celebrations with all the Renault  team.

‘Winning as both a team owner and an engine supplier is also a major achievement, also to adapt to the very different requirements of both environments. In Abu Dhabi 2010 we pulled it off with Red Bull Racing when Vettel won his first Drivers’ championship. We had had some problems during the season, but remained focused and determined to support our partner to the end. The race was very tense and Sebastian’s victory in the race and well-earned championship were a great relief.

‘Winning today seems a fitting end to the era – we’ve won a lot of races and learned a great deal. The challenge facing the Viry team for 2014 cannot be underestimated. Success in the past is no guarantee of success in the future, but if we keep the same spirit and work ethic that have yielded results with the V8, it bodes well for next year and beyond.’

With the curtain now down on the normally-aspirated V8 engines, the scene is set for the downsized, turbocharged V6 Power Units equipped with potent electrical recovery systems in 2014.