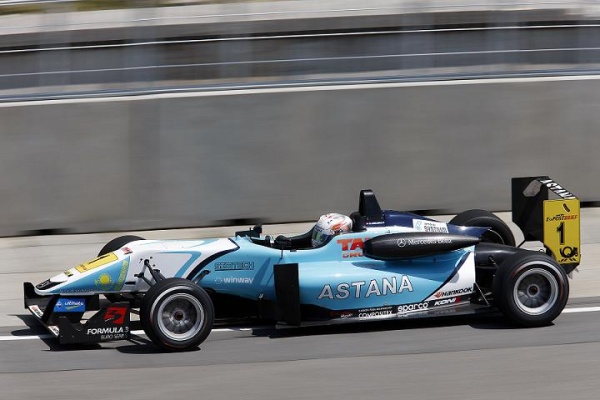 Macau Grand Prix: Juncadella vs. the rest of the world

This weekend, the best Formula 3 drivers of the world are going to meet in Macau to contest the SJM Macau Grand Prix and find out who is the fastest of them. In the recent past, the races held in the former colony located on the South China Sea were dominated by Formula 3 Euro Series drivers: in 2009 and 2010, the prestigious event was won by Edoardo Mortara and last year, Daniel Juncadella (Prema Powerteam) took the chequered flag as race winner. The grid of the 30th Formula 3 race held at the demanding 6.12-kilometre circuit will feature six Euro Series teams and 11 Euro Series drivers – representing more than a third of the 30-driver field.

Last year, even Juncadella himself was surprised by his win – but this year, he travels to Macau as one of the favourites. And in addition to the 21-year old Euro Series Champion, there are another two Euro series drivers who may hope for winning the Macau GP: rookie champion Pascal Wehrlein (Mücke Motorsport) and Raffaele Marciello (Prema Powerteam) finished second and third, in their maiden season on the grid of the most competitive young-gun series on our planet and consequently, they will travel to Asia with a boosted self-confidence. In addition, they both demonstrated as early as in May in Pau, France, that they have got what it takes to deliver in a street race.

Daniel Juncadella (Prema Powerteam): “I’m truly looking forward to Macau. Winning there a second time would be something very special – and by doing so, I would follow the footsteps of Edoardo Mortara, a great racing driver. For me, it would be the high point of a great season. Although I could travel to Macau in a rather relaxed mood as I already have got a Macau triumph under my belt, I’m feeling somewhat nervous. And I try to pressurise myself because I’ve learned this year that you just mustn’t be too relaxed as you tend to make mistakes, otherwise.”