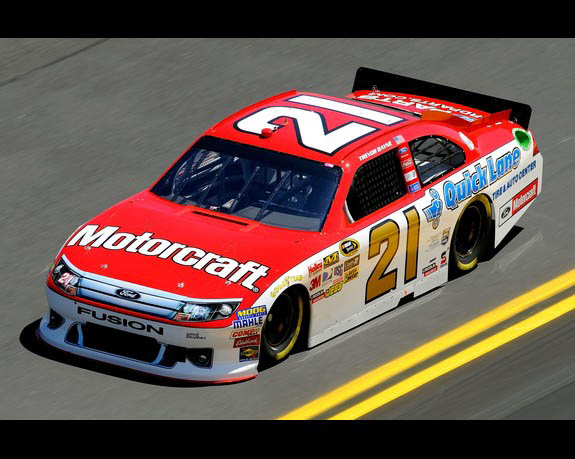 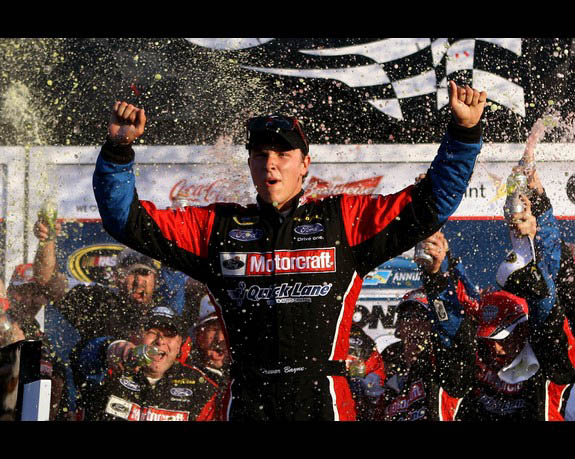 The 2011 NASCAR season got off to a rolling start in dramatic fashion. The winner, after a record 16 caution periods and record 74 lead changes, was 20-year old Trevor Bayne in only his second Sprint Cup start.

“They gave me a rocket ship that definitely did me a lot of justice today,” said the young winner from Knoxville, TN. For Ford this was their 600th win in NASCAR’s top division.

He also rang in as the only Rookie to win the “The Great American Race” since the inaugural 1959 Daytona 500, which was won by Lee Petty, papito of King Richard.

Race craft. The winning team Wood Brothers is NASCAR’s oldest and last won the season opening classic in 1976 with David Pearson. They were also behind Dan Gurney’s success in stock cars at Riverside in southern California.

Bayne held off a strong challenge from “Cousin” Carl Edwards and four other drivers in the final two laps to give the legendary Wood Brothers team their first Cup victory in a decade. David Pearson – “The Silver Fox” – also won the Daytona 500 for Wood Brothers in 1976, and Sunday’s winning machine carried the same # 21. 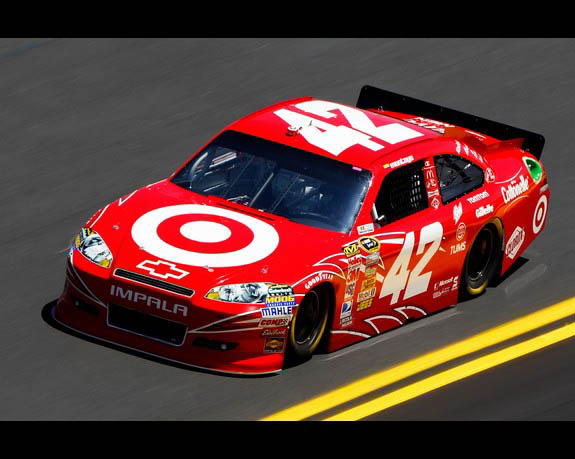 St. Devote to Daytona. Montoya may have missed his target in Formula 1 but the Colombian ace has become a heavy hitter in tin-top racing of America.

Crowd and sentimental favorite Dale Earnhardt Jr was involved in a late race crash and was eliminated. Previous winner Kevin Harvick was one the first retirements with an “engine done blowed-up.”

In the championship three points separate the top five. Edwards leads with 42. Gilliland and Labonte have 41 points each. Busch is one point behind with Montoya fifth with 39 points.

The race winner, Bayne, is not eligible for points under the new NASCAR points system as he is running a limited schedule in Cup races while doing a full season in the second-tier Nationwide series.

Next stop for the series is at Phoenix International Raceway, track once described by Bernard Ecclestone as “shitty little oval.”

P.S. F1 Weekly familia member Larry Carta, the King of Cool Album of the Day, informs us that Wood Brothers also supplied the pit crew to Jim Clark’s victory at Indy in 1965.