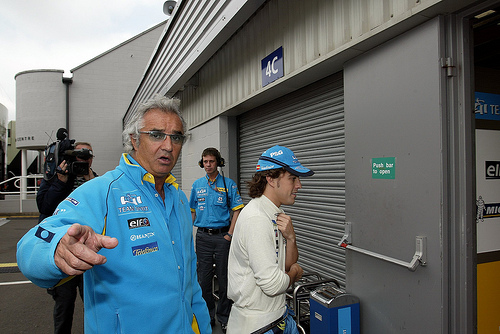 Briatore intends to pursue legal action against the Piquet family.

Flavio Briatore wins in the French courts with his FIA ban overturned.

“I would like to express my great joy with the decision handed down by the Paris Tribunal de Grande Instance”.

“I believe it important for FIA to play the active role it deserves in automobile competition. As a sports person, and one passionately involved in car racing for more than 20 years, the decision to apply to the civil courts to contest a decision of the FIA was a difficult one for me to take.

“The fact that the World Automobile Sport Council had been utilized to deal with a personal agenda aimed at pushing me out of the world of competition left me no other choice. The decision handed down today restores to me the dignity and freedom that certain people had arbitrarily attempted to deprive me of.

Robert Kubica confirms he is staying with Renault F1.

Stay tuned for Motorsports Mondial in the next F1weekly podcast.