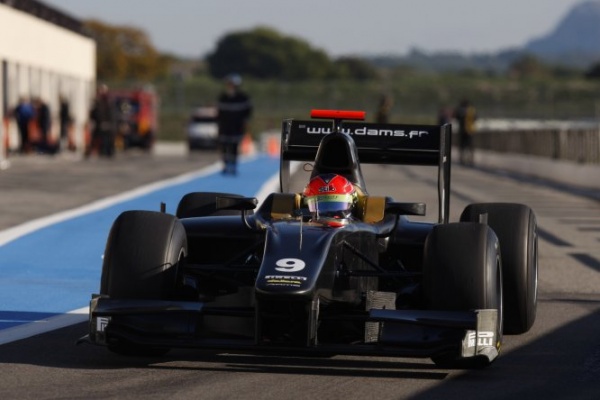 The morning session was dominated by Fabio Leimer at the wheel of the #14 car for 2010 Team Champions’ Rapax: the Swiss topped the timing sheet from the moment the pitlane opened until the chequered flag, leaving only scraps to his closest rivals. Charles Pic at Addax looked like the man who could come the closest to Leimer’s best laptime as he stayed P2 for most of the session, but with five minutes left on the clock, GP2 returnee Filippi picked up some pace and finished two tenths from Leimer.

The session was briefly interrupted by three red flags, the second one due to Jake Rosenzweig damaging his Super Nova car on a curb and ending the American’s session prematurely. In the afternoon, yesterday’s quickest man James Jakes – this time at the wheel of a Racing Engineering car, set the early pace, until Sam Bird at Dams bettered his laptime. On the one hour mark, Michael Herck at DPR reminded everyone that he had been the fastest man on track in yesterday’s morning session by going top again, but not for long: Leimer and Josef Kral at Addax bettered the Romanian’s laptime. It was then Stefano Coletti’s turn to place his Trident car at the top of the timesheet.

The fight for today’s top honour continued relentlessly with GP3 Series Champion Esteban Gutierrez at ART claiming the top spot temporarily until Leimer went quickest again, improving his morning’s laptime by four tenths. He was then never dethroned despite Kral’s best efforts: the Addax man finished just one tenth behind the Swiss. In the dying seconds of the session, Clos improved, edging Bird out of the Top 3. Gutierrez finished best rookie of the day. The post-season test will resume on Saturday.