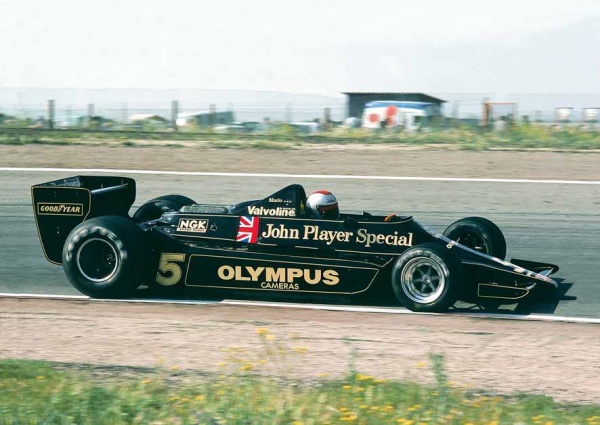 Mario was ‘Rookie of the Year’ at Indy in 1965, and three years later made his Grand Prix debut in style, from pole position at Watkins Glen in his Lotus. His first drive in a Formula 1 Ferrari resulted in victory in the 1971 South African Grand Prix. In 1977 he scored two home wins, “spiritual” at Monza and “adopted” at Long Beach. The following season relentless pursuit of a lifetime goal was achieved at Monza, making Andretti only the second American to become World Champion.

There were victories also in the Indy and Daytona 500s, Pike’s Peak and Sebring 12 Hours. Mario Andretti. A man for all seasons.