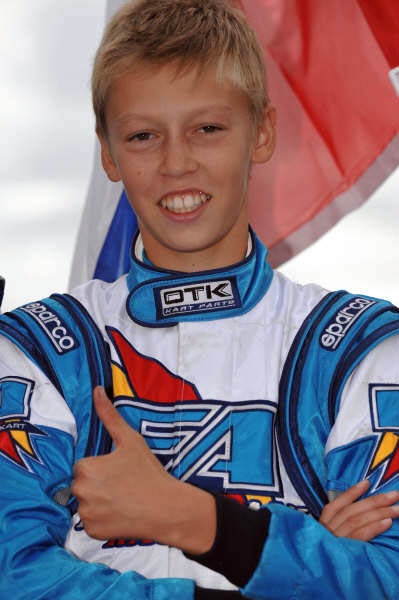 From Russia With Talent

Russian interest in motor racing can be traced to the very first United States Grand Prix. It was Russian-born Alec Ulmann who brought the first F1 event to Sebring in 1959.

The land of Tchaikovsky and Rachmaninov now has a new motorsports symphony, performing with success in the European theater.

Meet Daniel Kvyat. The kid from Ufa is backed by Red Bull and after an impressive career in karting raced in Formula BMW Europe in 2010. The 16-year old is based in Rome and F1weekly would like to thank him for taking the time to answer our questions.

Q: Tennis and Football came into your life before motor racing, what was the thrill and excitement that got you hooked into motor sports?

A: “When I first tried a go kart, I loved the speed and doing the corners at maximum. I was really enjoying it! And from that day racing became my passion.”

Q: Did you go to any karting school before competing in Russian Championship?

Q: What is the main difference between karting in Russia and Italy?

A: “The main difference when I’ve been racing there was mainly the professional level. In Italy, compare to Russian karting at that moment, there were much more possibilities to be watched by someone and get more experience.”

Q: What advice will you give to young Russian kids who want to become racing drivers?

A: “I would say to never give up, fight until the end. And also to improve yourself to learn racing well. There is always room for improvement in yourself.” 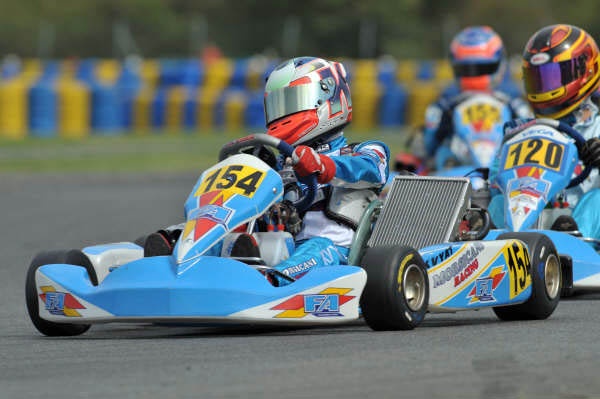 Q: In 2008 you won the European Bridgestone Cup and in 2009 won the prestigious Andrea Margutti Trophy, which victory means more to you and why?

A: “Well, they were two great victories. In both I had spectacular races. But Margutti trophy is a little bit more famous, so I would say it was more important.”

Q: This season you raced in Formula BMW Europe, what was the biggest challenge in single-seater racing compared to karting?

A: “Let’s say that this season I understood how single-seater is more different from karting. The challenge is to understand and learn so many new things.”

Q: You raced against Carlos Sainz Jr in karting, and this year he was your teammate, how was the chemistry and team work between the two?

A: “Yes, we used to be rivals in karting, and we are rivals also in single -seaters. My goal is to show better result than Sainz Jr.” 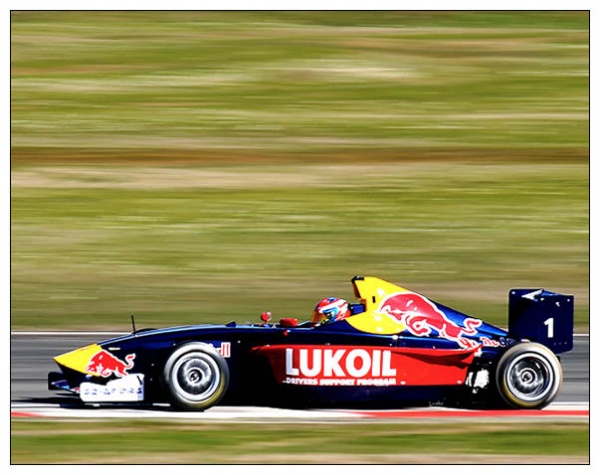 Q: How and when did you become part of Red Bull programme?

A: “In summer 2009 I’ve been doing many important results, winning races in WSK series, and finishing 3rd at the European championship. I also did a test with Formula BMW which went very good. After that I received a call from Dr. Marko.”

Q: Was victory in Singapore Formula BMW Asia race the biggest highlight of your career so far?

A: “Yes, absolutely it was a great moment of my life! But I also wouldn’t forget Monza’s second place and my first victory in Sepang.”

A: “It’s gonna be Formula Renault Euro Cup 2.0 in Koiranen Brothers team where I will race in 2011.”

Q: With Tavarich Petrov in F1, Aleshin World Series by Renault Champion and GP coming soon to Sochi, do you feel extra pressure to perform in 2011?

A: “I have never thought about it. Honestly, I don’t feel any kind of pressure for doing well in 2011!”

Q: What is the best racing advice Dr. Helmut Marko has given you?

A: “That I am at races not for drinking coffee in a bar, but for winning.”

A: “My favorite tracks are Singapore, Budapest and Barcelona. Formula 1 team without any question is Red Bull! The drivers are Mark Webber, Michael Schumacher, Sebastian Vettel and Robert Kubica.”

Q: Do you like the famous Russian song “Podmoskovnye Vechera?” (Evenings in the country side of Moscow)

A: “Not my favorite song, but for sure I like it.”

Q: Please tell us about Daniel Kvyat, the young man not the race car driver? Your interest in music, food and what other sports you enjoy watching?

A: “Well, I listen to many kinds of music, depends on my mood. I love Italian, Spanish, Japanese and Russian food. I enjoy doing and watching tennis, ping pong, wake boarding, football and skiing! More than this I love to go out with friends, having nice time at home and training.”