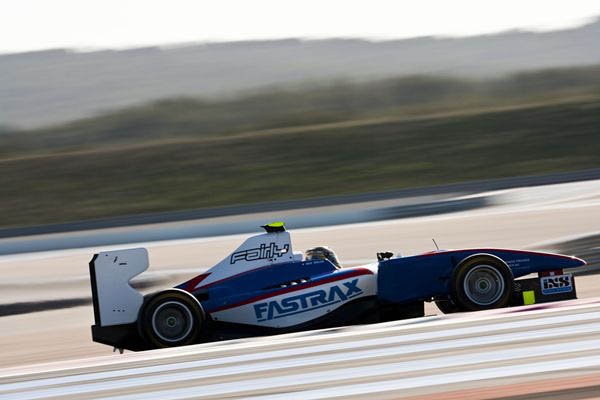 In the Nic-o times. The talented Mister Müller continues the tradition of fast Nicos in racing. First we had Nico Rosberg, then equally quick fellow German and namesake, Mister Hülkenberg.

Meet Nico Müller. Still German speaking but from the other side of the border. The Swiss side. The talented 18-year old surprised many last year with his precision performance in talent-laden GP3 series.

Q: Number 3 in 2010 GP3. Congratulations! Was the result above expectations in the inaugural season of the series?

A: Thanks a lot! 2010 was a great season for me, the best in my career so far and above all expectations. I started off the season with the goal of finishing the championship in the top-10. To in the end finish in the top three was just great!

Q: How is the GP3 car in performance and driving compared to Formula Renault?

A: The car is bigger, heavier, has got more power and a lot more downforce. The step was quite big for me, but the GP3 is a nice car to drive and it didn’t take me too much time to adapt to it. The biggest differences are the grip level and the engine power, you just feel like driving a big car which is really nice!

Q: What were the season’s highs and lows for you?

A: The weekend in Hungary was obviously my best during the 2010 season. Fastest in free practice, pole position, race one win…that was really great!

In Hockenheim I had my worst weekend of the season. I came to that race with a lot of confidence and motivation, as Hockenheim nearly is a home track for Swiss drivers. To then be involved into crashes in both races (after a mistake in qualy) was just very disappointing. 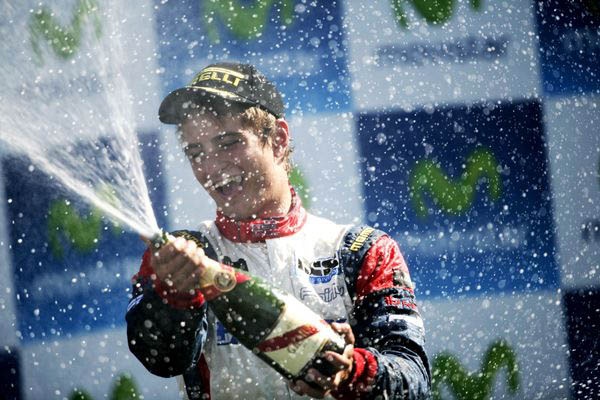 Q: What was more satisfying; first win in Valencia in sprint race or the feature race win from pole?

A: “I have to say it was the win in Valencia sprint race, although putting the car on pole in Hungary was as satisfying! The victory just came so unexpected; also for me…that feeling was so amazing!”

Q: GP3 car is a turbo-powered machine, how quickly were you able to adjust to that?

A: “I have to say that the Renault GP3 engine is a very friendly one. It’s not very hard to adapt to.”

Q: Is the driving technique much different in a turbo-powered car?

A: “Concerning the GP3 car I’d say there are nearly no differences in the technique of driving which would be caused by its type of engine.”

Q: GP3 races with F1 and GP2, do you feel any extra pressure because of this?

A: “I wouldn’t say you feel more pressure; it gives you even more motivation to show these people what you’re capable of. It is just a great opportunity GP3 drivers have!”

Q: Your favorite track and city on the GP3 circuit?

A: “Only looking at the tracks I have to say that Spa and Silverstone are just amazing. But there is something very special about racing in Monza. The whole atmosphere in the “parco” is just amazing!”

Q: If you were a team owner in GP3 past season who would you pick as your top two drivers?

A: “I’m not a hundred percent sure who’s looking into doing another year in GP3…but I’d say that Nigel Melker and Rio Haryanto would be good choices.”

Q: Who is guiding and managing your career?

A: “At the moment I’m doing nearly all of it by myself. I have a few people who are helping me with raising the money and also give me advices…but in the end it’s me who decides.”

Q: What did you learn in karting that was most helpful in racing cars?

A: “Just to know how to behave in races, how to overtake, prepare a tactic or push the other drivers into a mistake.”

A: “As you know, I’m staying in GP3 for another season. The reason for that is, that I want get more experienced and mature before making the jump into a category like GP2.

My goal for 2011 is to fight for the title in the GP3 championship. It will be very tough, considering that there are drivers like Valtteri Bottas, James Calado and so on…but I’m working very hard to reach my goal and I’m very confident!”

Q: Last Grand Prix win by a Swiss driver, Clay Regazzoni, was at Long Beach in 1976, when will Nico Müller change that?

A: “I think it’s too early to think about things like that. For sure, Formula One is my ultimate goal, but I’m taking everything step by step and concentrate on what I’m doing now.”

Q: Your home girl Simona de Silvestro is doing a good job on the American racing landscape, do you have any desire to race in the United States, especially the Indy 500?

A: “Yes, Simona is really doing very well. The Indy 500 is a great series and you never know…for sure it would be a great experience!” 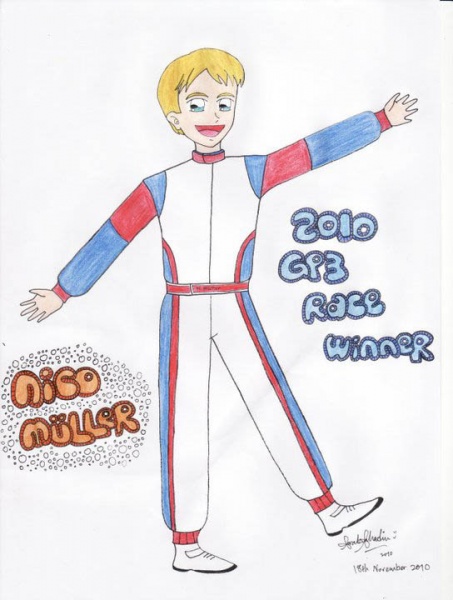 Q: Please tell us something about Nico Müller, the young man not the race car driver? Your taste in music, food and what other sports do you enjoy watching?

A: “Ok. I’m very interested in languages and love to visit other countries. I love Italian food, but sometimes after a long stay away from home I also enjoy a nice typical Swiss dish. During summer I follow and practice a lot of road cycling, in the winter it’s cross country skiing that I like to watch and do myself.”

F1weekly would like to thank Nico for taking the time to answer our questions, and wish him every success in his racing career.