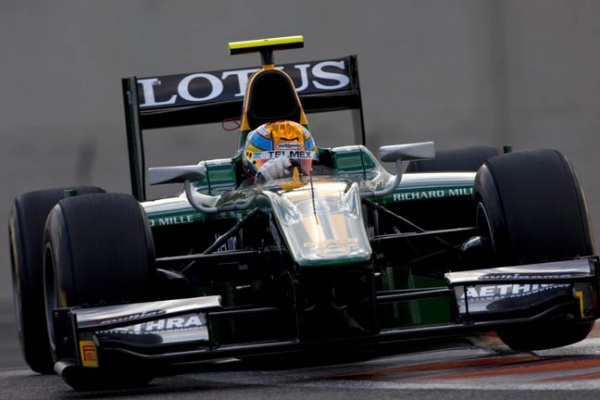 Abu Dhabi: The sands of time and winds of change are blowing at the Yas Marina circuit. GP2, the official feeder series to the gates of heaven for its drivers, is in full swing in preparation for the Asian series which begins next weekend.

The established and experienced stars of the series are expected to engage in an F1-career making ‘battle royale’, both in the Asian version and the main series which will get under way in Istanbul in May.

Romain Grosjean set the pace on day one. The Geneva-based banker has previous, albeit brief, F1 experience. Now part of Gravity Management Romain has been knocking on F1’s door for some time with results to warrant a full time ride. At the age of 24, Grosjean’s only goal is to win the GP2 Championship this year. No excuses, no part time rides in Auto GP or FIA GT championships.

Jules Bianchi, from the south of France, has racing pedigree and multiple-championships to his name to warrant a seat in F1 next season. He placed a very credible third in his rookie GP2 season last year and is one of the favorites for the title this year. The 21-year old is also a proud member of Ferrari Driver Academy, and with Nicolas Todt managing his career the future is bright for the Brignoles boy.

Landing a victory in his rookie season at Monza gave Sam Bird high confidence and this year, now with iSport International, the 24-year old English driver is a serious contender for the championship. Last year he was fifth overall and apart from five podium finishes he also recorded four fastest laps. 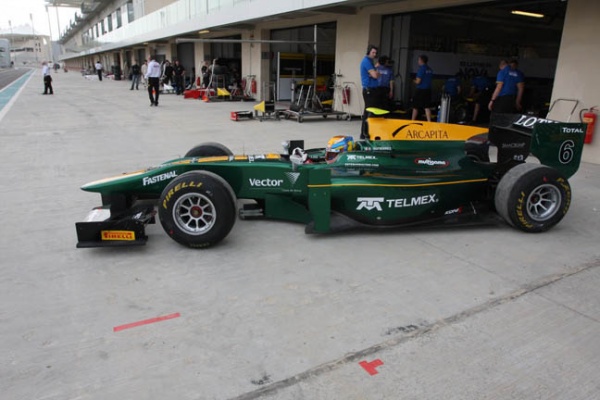 Enter Esteban: It was only four years ago, near Salt Lake City, Utah that an young unknown Mexican driver made his motor racing debut by claiming pole position for both the opening races of the 2007 Formula BMW USA championship.

Fast forward to 2011 and Esteban Gutierrez has become the Monterrey Monster. In the last three years he has won two very competitive championships; the 2008 Formula BMW Europe and the inaugural GP3 series last year.

The 19-year old is teammate to Bianchi this year at renamed Lotus-ART team. Gutierrez will be racing against much more experienced drivers but if recent history is any indication most of them will be chasing the Rookie.

On Wednesday, the opening day of practice at the Yas Marina circuit, Gutierrez could only manage 34 laps due to a sand storm. Now there’s your first surprise of the season! The morning session saw him record 14th fastest time but in the afternoon session he was comfortably in top 10. His best time of 1m 50.727s placed him eighth.

The second day scenery shifted from sand storm to dense fog resulting in a delay of over two hours. James Jakes accident cut sort the final session by another 15 minutes. Esteban, eager to log more and faster laps, was left stranded with 13th fastest time.

Gutierrez reflected on two days of testing in the desert on his website www.estebanracing.com “There were two days of training but unfortunately we were not able to take advantage of them because of the weather. We didn’t complete our program and for that reason we have to be very efficient in the last two days.

“In the end we were able to do some basic stuff that in a way will help us understand the car better, once we have analyzed the data. We have to continue working and remain focused on our own program, not comparing ourselves to the other teams.

“The objective is not only to be quick, but also get to understand the car better under every situation that is presented to us during the season.”

Esteban and the GP2 entourage take to the track again next Sunday and Monday.