Black and round, the racing tires are, plain and simple. They have played a major part in the history of Formula 1 Grand Prix motor racing. From the one lap qualifying flyer of the eighties to the 21st century marvel; expanding during the race after passing the pre-race measurement, they have left their marks in more ways than ‘won.’

The global financial crisis not only saw the departure from F1 of the behemoths of Japanese auto industry, Honda and Toyota, but also heard the cry of ‘sayonara’ from F1’s sole tire supplier, Bridgestone.

The men from Clermont-Ferrand, home base of “Bibendum,” refused to bid on FIA’s tender sans competition. This opened the door for Pirelli, a magical name from the glorious past and rich heritage of Italian motor racing.

They carried Nino Farina into the history books as the winner of the inaugural Formula 1 race at Silverstone and the world championship in 1950.

Juan Manuel Fangio, the “Maestro” from Balcarce in Argentina, also rode on Pirelli tires to his maiden championship in 1951. His final and greatest triumph in the 1957 German Grand Prix driving the Maserati 250F was also accomplished on Pirelli tires.

Their first re-entry into F1 was in the early eighties. It was at Paul Ricard in 1985 that Nelson Piquet drove them to winner’s circle with Brabham team. Had it not been for the Michelin tire FIA-sco at the 2005 United States Grand Prix even the great Michael Schumacher would have gone winless for the season.

The tire wars are now history and Pirelli is back to the future, saved by P Zero. 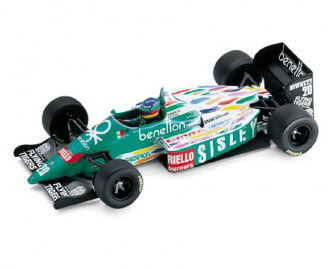 The following season Gerhard Berger would score his first grand prix win on Pirelli tires in Mexico driving the United Colours of Benetton.

The same year his teammate Teo Fabio would give Pirelli their final pole position, of all the places at Monza Autodromo.

Back to Brazilian Piquet, he would score Pirelli’s final F1 victory in Montreal, 1991, as Mansell waved to the crowd on the final lap………

Fast forward two decades and as we ‘zero’ in on the 2011 season; Pirelli wants to spice up the show by giving rubber that may require up to three or four pit stops.

The civil unrest in Bahrain cast a ‘sand in the Vaseline’ for what was to be the season opener.

Now the wait is almost over. Fans are getting restless.

Can’t wait for the new calendar! Pirelli sure knows how to produce one.