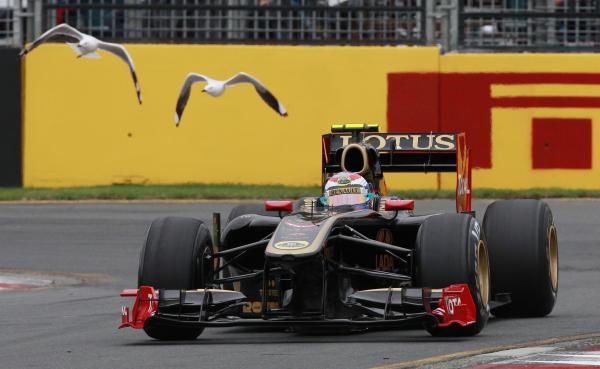 The Plight & Flight of Lotus

Lotus, like Ferrari and Alfa Romeo, is a magical name in the annals of motor racing history. Mention the name Lotus and one goes into the dream world of Chapman and Clark…..the DFV and 49 at Zandvoort…..the beautiful JPS colors on the 72 in the hands of Fittipaldi and Peterson….Andretti and the ground-effect 79.

The purists mourned the passing of Team Lotus in December 1982 with the death of founder and driving force; ACBC, Anthony Colin Bruce Chapman.

The team soldiered on after the passing of Chapman. A brief but very bright flicker of hope appeared in the name of Ayrton Senna, who would splash the competition in the rain soaked 1985 Portuguese Grand Prix to record the first win of his great career.

A trio of Peters, Warr, Wright and Collins, tried to save the team but harsh realities of the F1 world forced the team to shut down. When the checkered flag fell on the 1994 Australian Grand Prix Grand Prix the race in F1 was over for Team Lotus.

Or so we thought.

David Hunt, another link to the past and brother of ’76 World Champion James Hunt, bought the rights to the name Team Lotus. His desire to put the team back on the track was never matched by the finances required. For more than a dozen years the name Team Lotus was confined to the archives and memoirs of motor racing; along with legendary names like Auto Union, Bugatti, Cooper, Maserati etc.

Or so we thought.

One of the last Mosley mantra mandated an expanded grand prix grid. The politics of F1 being what they are, while Dave Richards’ well established racing operation Pro Drive was denied an entry, slots were awarded to an Australian journalist, Peter Windsor, and his American engineer partner, Ken Anderson, his claim to fame in F1 was some ‘le qualitie’ time at Ligier.

Also in the cockpit of a new F1 team was Tony Fernandes of Air Asia fame. The well liked Malaysian entrepreneur entered into an agreement with Group Lotus, beneficiary of Proton’s Malaysian petro-dollars, to use the Lotus name.

The story is the Malaysians were disappointed to discover their purchase of Group Lotus did not come with the right to the name Team Lotus; resting in peace with David Hunt since the demise of the racing team.

Dany Bahar, the Turkish golden boy of Group Lotus who previously worked for Red Bull and Ferrari, now wants to not only challenge Fernandes to the Team Lotus name but also take on such motoring icons as Ferrari and Lamborghini in the top tier of sports car world. In the current financial climate one can only wish him grand gesundheit.

Stakes are high and so are the political connections on both sides. Turn

coats are appearing in tuxedos as and when convenient. By the time the F1 circus reaches its birth place Silverstone for the big show in July, chances are the English Judge would have rested his cup of tea and the case of Lotus vs Lotus.

Or so we think.