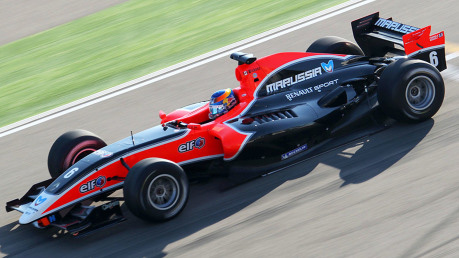 Canadian Robert Wickens is reported to be in line to join Marussia Virgin F1 racing team as test and reserve driver. The 22-year old racing talent from Toronto area is currently competing in World Series by Renault, and started the season opener at Aragon from pole position and finished second to fellow North American racer Alexander Rossi.

Wickens was dropped from the Red Bull in 2009 despite an impressive performance in the inaugural season of the revised Formula 2 Championship, which included winning both the opening races in the Williams-built and powered by Audi turbo engine car.

The last Canadian to race in Formula 1 was the 1997 World Champion Jacques Villeneuve.

Wickens with Carlin Motorsport and Rossi with Fortec Motorsport

will resume battle this weekend in the Ardennes forest at the Spa-Francorchamps circuit.