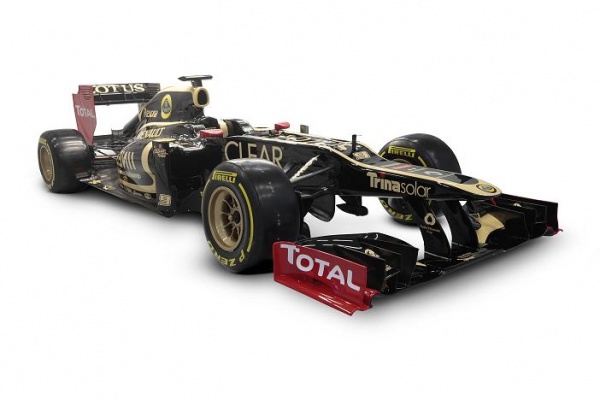 Lotus F1 Team’s 2012 challenger, the E20, has taken to the track for the first time for filming purposes at Jerez ahead of this week’s four-day test.

The laps were undertaken at non-race speeds for filming purposes, but nevertheless allowed Kimi to gain initial impressions of the car under crystal blue skies at the 4.4 km test venue. This gave the team an opportunity to validate that the assembly of the E20 was fully operational and all systems were working.

The track time followed a presentation of the E20 to press and partners in an event at the circuit with drivers Kimi, Romain Grosjean and Jérôme D’Ambrosio joined by Team Chairman Gerard Lopez, Team Principal Eric Boullier and Technical Director James Allison.

Kimi Räikkönen, driver, Lotus F1 Team: “It’s great to see the E20 at a race circuit and even better to get behind the wheel. It’s always frustrating to be in a new car and not be able to drive it at maximum attack, but thankfully I will have that opportunity for the next two days. My initial impressions are good, I fit comfortably in the car and it feels great in first and second gear; now let’s see what it can do tomorrow.”

Testing gets underway tomorrow for 2012 with the start of four days’ running at Jerez. Kimi will drive for the first two days before handing over to Romain Grosjean for the latter two days.

The team will conduct systems checks and validate the work done at Enstone using the latest specification Pirelli tyres.

Alan Permane, Trackside Operations Director:
“The main purpose of the first test is to complete as many laps as possible with the E20. This allows us to assess if all systems are working as they should and highlights if there are any areas requiring our attention.”

“We monitor all systems to ensure that everything is operating within the correct temperature range, and functioning as designed. Although we have a very early version of the aerodynamic package here, we are able to validate the track data against our CFD and wind tunnel information.”

“Assessing Pirelli’s latest compound and construction tyres is another objective in Jerez. Although it is quite cold here in the morning, we expect representative track and ambient temperatures during the day, so we should get a good initial impression of their performance with the E20.”