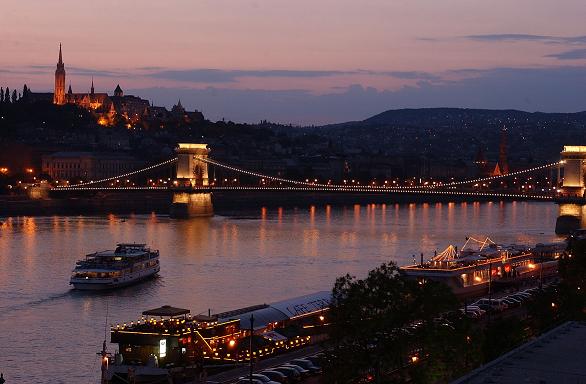 Hungary
21 – 24 JULY
HUNGARORING
ROUND 11 OF 21
When making a mid-summer trip to the Hungaroring you can expect to endure temperatures in the mid-30s. For a driver in the cockpit of a Formula One car, this can be in excess of 60 degrees. Combining these conditions with the demanding barrage of corner after corner with very few straights for rest and you have the kind of situation Valtteri Bottas and Felipe Massa will have to endure during the Hungarian Grand Prix. Although moderately slow in Formula One terms with an average speed over one lap of 120mph, the slippery track conditions result in the circuit being a challenge the drivers relish.
For Budapest, Pirelli have made available the medium, soft and supersoft tyres.
Pat Symonds
Although the Hungaroring is a lower speed circuit than we have visited recently, it is a still a circuit where our car can perform well, and indeed Valtteri was running fifth last year before a collision dropped him out of the points. We are bringing a new floor to this race as part of our continued development, but the real focus will be on the expected high temperatures and the completely resurfaced track which will be very demanding on the tyres. We’d expect to see a mixture of two and three stop strategies in the race, with final decisions resting on the exact nature of the new asphalt.
Valtteri Bottas
The Hungaroring is probably the most intense track compared to the other events it falls around during in the season. It’s much tighter with many slow speed corners and a very technical track to drive, so definitely not the easiest. Budapest falls in the summertime and normally it’s very hot. It’s nicknamed the Finnish Grand Prix because there can be tens of thousands of Finns at the race. I always really appreciate seeing the Finnish flag and feeling that support.
Felipe Massa
Hungary is a track where I personally have a lot of history with the accident I had. As a consequence, I have the most amazing fans there who support me a lot. They follow me everywhere I go and always have gifts for me. It’s an amazing place to go back to and spend time with them. As a track, it’s somewhere you need to have very good downforce with the short straights and number of corners. It’s quite difficult on the tyres as well, so if you have good downforce, that will really work well for you at this track. All in all, it’s a fantastic race in a nice town that I enjoy.
Germany
28 – 31 JULY
HOCKENHEIMRING
ROUND 12 OF 21
After a one-year hiatus, the German Grand Prix returns to the calendar for 2016. The character of Hockenheim was irreversibly changed when the track was redesigned in 2002. Gone are the flat-out blasts through the forest that characterised the old track, replaced by a tamer and more benign track that is two kilometres shorter. However, the new Hermann Tilke-designed circuit at least produces some good racing, with turns six and eight producing the best of the action. The most interesting section of the lap is in the Stadium towards the end of the lap. The corners are cambered, making them deceptively fast, and the atmosphere is electric on race day when the grandstands are full. After all, the Germans love their patriotic flags and air horns! The end of the Grand Prix also marks the long awaited and greatly deserved summer break for drivers and team personnel alike.
For Hockenheim, Pirelli have made available the medium, soft and supersoft tyres.
Pat Symonds
It’s good to be going back to Germany after a brief absence as it’s definitely a country we should be racing in, as well as being the home of our partner Mercedes-Benz. Two years ago we had mixed fortunes with Felipe eliminated in a spectacular first corner incident whilst Valtteri went on to claim second place. Our intention this year, as always, is to get a strong points finish from both cars and we are confident of doing so.
Valtteri Bottas
Last time we were in Germany was in 2014 and I was second place in the race, one of my best F1 results. It’s a track I’ve driven a lot when I was in the junior categories like Formula Renault and Formula 3, so I know the place really well. It’s nice to go back to Germany after a bit of a break, and hopefully we’ll have another warm welcome.
Felipe Massa
It will be nice to return to the German Grand Prix after we didn’t have it last year. We’re heading to Hockenheim, a track I really enjoy driving. I hope we have a good race because the Hockenheimring could be a great track for our car. We’ll see at the weekend.