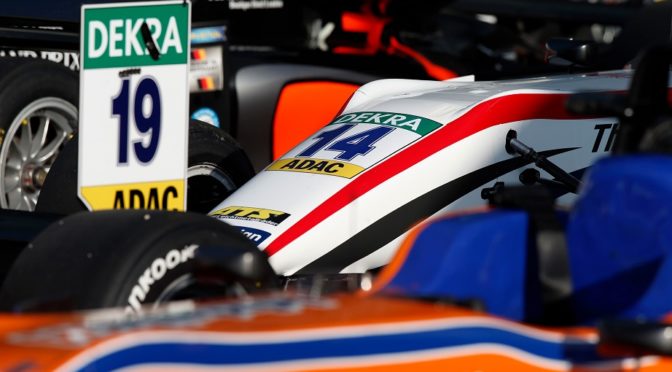 The publication of the 2017 FIA Formula 3 European Championship Technical Regulations saw a number of changes with regards to chassis regulations. The FIA World Motor Sport Council’s extension of the chassis homologation period by two more years means that the current car can be used until the end of 2019. This will result in cost savings as teams will not have to invest in new cars and can compete with the current chassis over the next three years.

In accordance with the extension of the homologation period the FIA has introduced safety upgrades to the chassis to make sure the usual safety standards can be guaranteed despite the extended live time of the chassis. Simultaneously regulations have been amended for aerodynamic parts of the car. Changes to the Technical Regulations with regards to aerodynamics also include the rule that from 2017 onwards any bodywork visible from the outside of the car must be used exactly as designed by the rolling chassis manufacturer.

To comply with the new rule no changes on existing parts can be made and no extra parts can be added to the car to create an aerodynamic advantage, hence costly wind tunnel testing will become unnecessary. The same regulations apply to the development of brake ducts, meaning changes are not allowed during the stated period and only parts available from the chassis manufacturer may be used.

The amended Technical Regulations on chassis result in a more even playing field for all teams with regards to aerodynamic development, as any advantage for financially stronger teams will be significantly reduced. This step to establish performance equity between large, small, experienced and new teams means the development budget can be reduced substantially without impacting the excitement on track.

While unnecessarily costly aerodynamic development has been banned, drivers will still be able to work on the car and develop the skills needed to set it up properly – ensuring one of the key features of Formula 3 and integral part of Formula 3’s DNA will remain.

Stefano Domenicali, President of the FIA Single-Seater Commission, is convinced the regulation changes will have a positive effect on the affordability and sporting equity in coming seasons.

“The general economy in single-seater racing makes it necessary for us to continue to work on the value of the championship for drivers and teams. With the newly introduced changes to the Technical Regulations, we believe that an important step has been taken to reduce the costs of competing in the FIA Formula 3 European Championship, while at the same time further levelling the playing field. All teams will start the upcoming season from the same baseline; the trend we have seen in the championship already this year, that any team can win races, should continue.

We want to maintain the high level and professionalism of existing teams, but also open the door for new teams to join the series. It should not make a difference for which team a driver competes, everyone should have a chance to win races and compete for the title.”