Favourites rise and fall as the Dakar Rally returns to Bolivia 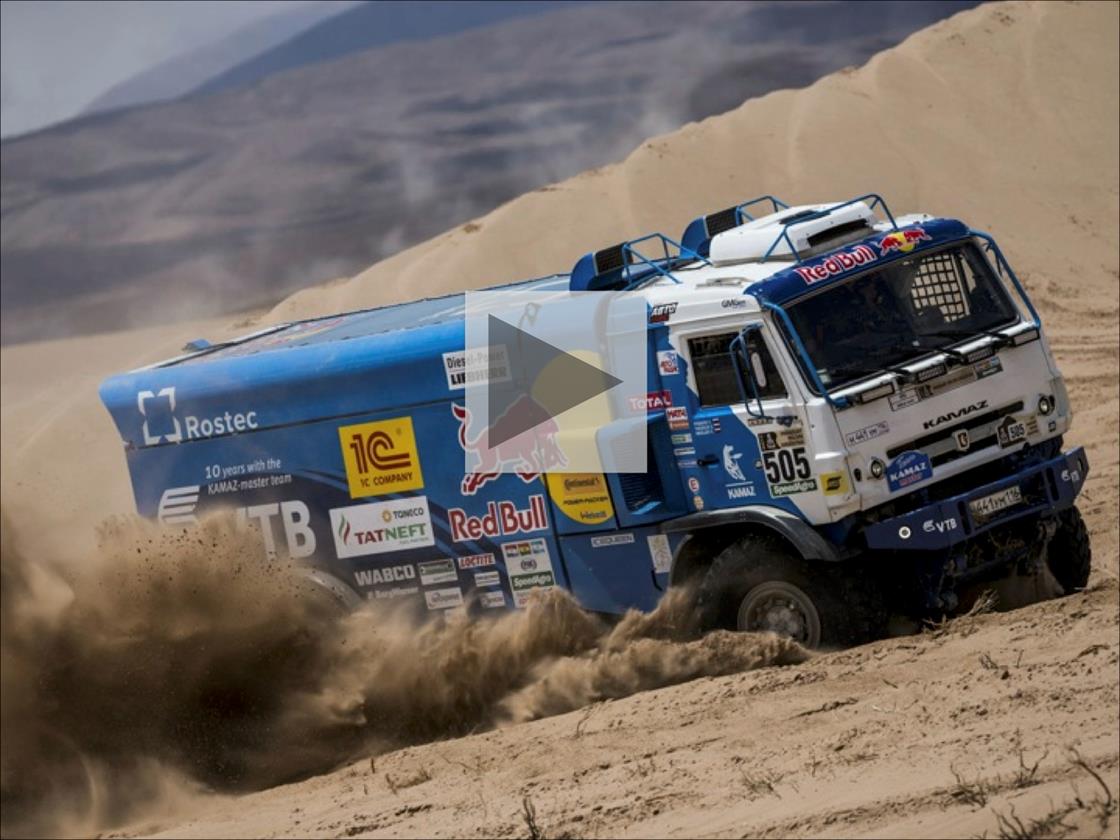 Things can change in a blink of an eye at the Dakar Rally and today’s mix of dunes and altitude delivered another dramatic twist in the tale. A crash for reigning bike race champ Toby Price (AUS) saw the defence of his title end as he was airlifted from the stage with a broken femur. In the car race Team Peugeot Total showed impressive dominance over their rivals despite suffering a few scares of their own.

12 months ago Toby Price was celebrating becoming the first Australian to win the Dakar as he won the two-wheel contest by 40 minutes. Today the Dakar has shown Price the other side of the coin with a crash shortly before the end of the 416km timed special stage causing a broken left leg and an early retirement from the race. Price had been on for the eighth stage win of his Dakar career when misfortune struck. We all wish him a speedy recovery from his injury.

There was a silver lining for the Red Bull KTM Factory Team with Price’s team-mate Matthias Walkner (AUT) winning Stage Four. Walkner and fellow KTM rider Sam Sunderland (GBR) both currently sit around 25 minutes behind bike race leader Joan Barreda (ESP). Stefan Svitko (SVK) is a further seven minutes behind the KTM Factory pair after four days of intense racing. Elsewhere in the standings Yamaha Factory Team rider Hélder Rodrigues is up to 12th overall after a solid performance on the dunes.

The overnight news that Nasser Al-Attiyah (QAT) had been forced to retire caused a stir in the San Salvador de Jujuy bivouac. However, for the car crews remaining in the race it was straight down to business this morning. Team Peugeot Total once again put the foot down on their title defence with Cyril Despres (FRA) becoming the French marque’s third different stage winner of the past three days.

It was not such smooth sailing for the rest of Peugeot’s D-ream Team with Carlos Sainz (ESP), Stéphane Peterhansel (FRA) and Sébastien Loeb (FRA) all battling hard to keep pace with the front of the race. While Despres’ fellow Frenchmen were able to stay in touch with the lead the news was not so good for Sainz. The Spaniard rolled his PEUGEOT 3008 DKR and lost over two hours while stuck on the stage. Sainz’s car will be assessed by Peugeot mechanics in the bivouac after suffering considerable damage (see the car in today’s News Cut).

After his first-ever four-wheel Dakar stage win Despres is now the new leader of the car race with a 4m08s advantage over Peugeot team-mate Peterhansel. Loeb is a couple minutes further back in fourth place overall.

A four-pronged attack by Team Kamaz Master saw the Russians exert considerable influence over the truck stage. A return to form for Ayrat Mardeev and further great efforts by Dmitry Sotnikov, Anton Shibalov and Eduard Nikolaev have Kamaz riding high in the truck category.

Race fans in Bolivia had a memorable result to celebrate as local hero Walter Nosiglia (BOL) rode to victory in the quads. The stage proved trickier for Nosiglia’s fellow South American Ignacio Casale (CHL) who was among many competitors struggling to get a grip on the navigation challenges that came early in the day. Despite the difficulties Casale is only 28s behind new quad race leader Sergey Karyakin (RUS).

If today’s tests of navigation and tough terrain were a strain on the Dakar convoy then the news for tomorrow is no better. Competitors will be moving across the Bolivian Altoplano with the altitude peaking at 4,500 metres above sea-level. The 500km of timed racing will take place over a variety of surfaces including two sections of dunes. There’s a feeling in the Tupiza bivouac tonight that we have really reached the main dishes of the 2017 Dakar Rally.