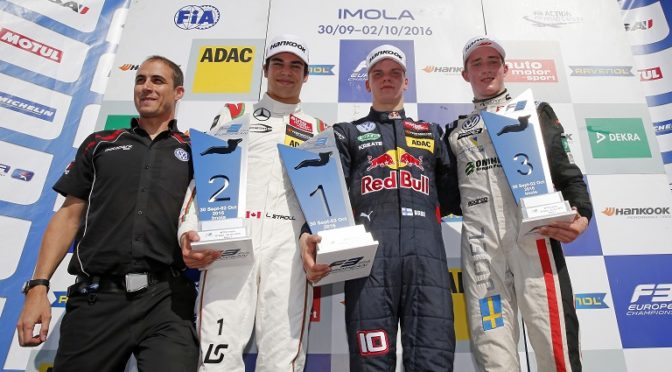 ON ANOTHER NOTE WILLIAMS MARTINI RACING CONFIRM LANCE STROLL AT THE AUTOSPORT SHOW.

Williams is delighted to announce that Lance Stroll, who will race for WILLIAMS MARTINI RACING in the 2017 Formula One World Championship, will be appearing at this year’s Autosport Show (12th – 15th January 2017, NEC, Birmingham).
The Canadian will be taking to the Autosport International stage on Saturday 14th January, whilst Deputy Team Principal Claire Williams and Head of Performance Engineering Rob Smedley will be interviewed on Sunday 15thJanuary.
Stroll, who joins Williams following a dominant championship-winning year in European Formula 3, will be on stage to discuss his thoughts ahead of his first Formula One campaign.
Williams has already announced its plans to create a unique and interactive centrepiece for the Autosport Show in celebration of its 40th anniversary in Formula One, where fans will be transported through the British team’s 40-year history.
Claire Williams, Williams Martini Racing Deputy Team Principal, said: “We are pleased to confirm that Lance Stroll and Rob Smedley will be joining our 40th anniversary celebrations at Autosport International. It’s a great opportunity for fans to hear from Lance, and meet him, before he takes to the grid for the first time in Australia.”
Tickets for the event are on sale now and can be purchased from: http://www.autosportinternational.com. Tickets for Williams’ experiential centrepiece are also available for a charitable donation to Williams Martini Racing’s official charity partner, the Spinal Injuries Association, which supports those affected by spinal cord injuries.
[audio:http://www.podtrac.com/pts/redirect.mp3/mp3.f1weekly.com/podcasts/01-05-17f1weekly717.mp3]