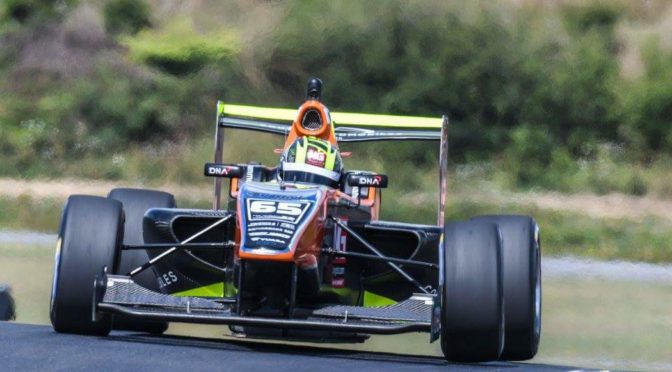 Enaam Ahmed, race winner in the 2016 British F3 Championsip and winner of the Autumn Cup, scored his maiden victory in the second race of round three of the Toyota Racing Series at Hampton Downs last Sunday.

The New Zealand-based series has become a favorite for the young and talented who wish to keep their racing skills sharp during the traditional off-season period in Europe.

Ahmed grabbed the lead at the start of the race from pole position man from India Ameya Vaidyanathan. Red Bull’s new Dutch charge, Richard Verschoor also passed Vaiyanathan and began to close the gap to Ahmed. The London-based racer not only kept the lead but started to pull away from Giles Motorsport teammate with five laps to go.

Round four is this weekend at the beautiful Taupo circuit. 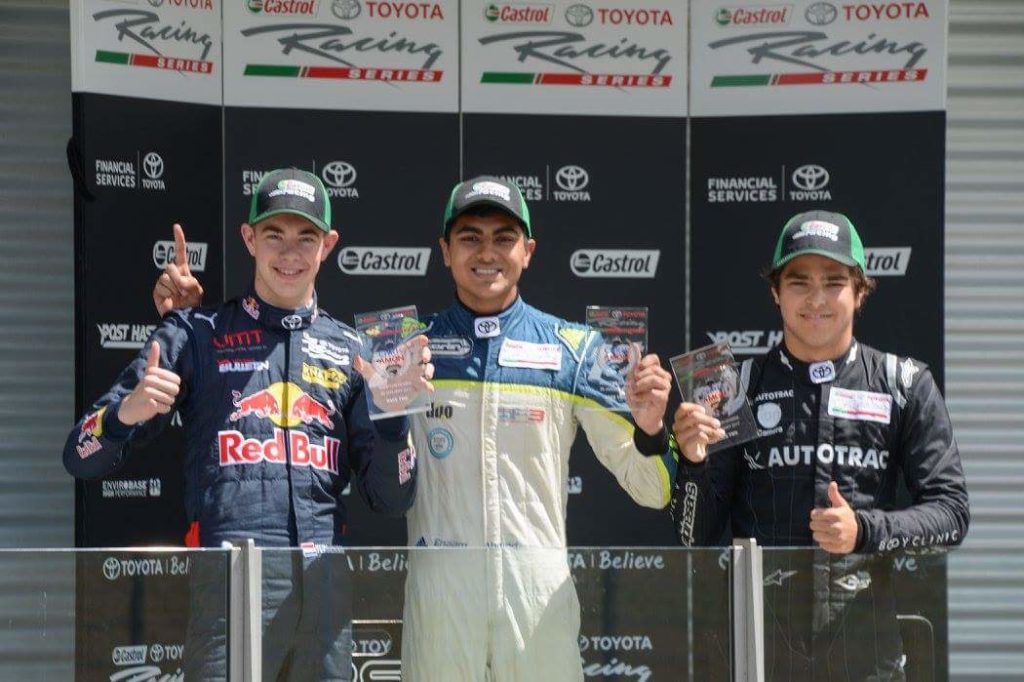 Enaam Ahmed will continue this season in British F3 with Carlin Motorsports. Red Bull has placed Richard Verschoor in Formula Renault Euro Cup. Pedro Piquet raced in European Formula 3 Championship in 2016 and will likely stay in the series this season.