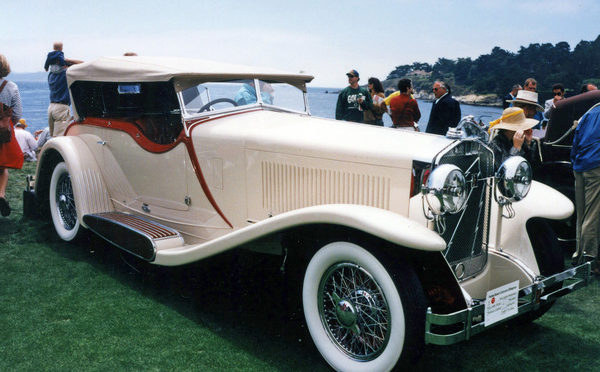 First and last chassis made, along with extravagant Tipo 8 Models,
to be featured at the Concours d’Elegance

PEBBLE BEACH, Calif.  — From an unlikely partnership between lawyer Cesare Isotta and car enthusiasts Vincenzo, Antonio and Oreste Fraschini, came Italy’s most opulent automobile brand: Isotta Fraschini (Ee-So-ta fra-Skee-nee). A wide range of Isottas, from the very first to the last cars built, will be showcased in three full classes at the Pebble Beach Concours d’Elegance on August 20.

Corrado Lopresto, who considers himself an “Isotta romantic,” recalls making childhood memories playing in the back of his uncle’s Isotta Fraschini. So began his lifelong relationship with the marque. His own Garage Corrado southwest of Milan, Italy, is now home to the marque’s complete factory archives and several Isotta Fraschini cars imperative to the marque’s history.

“I like the charm and grandeur that has always accompanied every Isotta Fraschini car,” Lopresto said. “Each one is so unique.”

A while back, Corrado’s good friend Donald Osborne told him of a car that needed to find its way back to Italy. Corrado remembers his response: “Donald, I cannot buy all the Italian cars from around the world!”

But it was not just any car—rather, it was the first Isotta Fraschini ever made. Isotta Fraschini had given Henry Ford the first Isotta when he was in discussions to purchase the company; however, the deal fell through. The 1901 prototype, complete with chassis tag #1, remained in The Henry Ford museum for decades before Corrado purchased it in 2013. Never restored, Corrado drove the chassis in the London to Brighton Run in 2015 after adding in a removable floor and a seat to make it drivable.

Corrado traveled to Rome in 1998 to visit the last two Isotta Fraschinis—a Monterosa coupé built by Touring in 1947 and a cabriolet built by Boneschi in 1948. After years of negotiation, to no one’s surprise, he bought them both.

Cesare and brothers Vincenzo, Antonio and Oreste formed Isotta Fraschini in 1899 in Milan, Italy. At the forefront of technological innovation, the company pioneered the use of 4-wheel brakes. Its golden years were characterized by the famed Tipo 8—which featured the world’s first production straight 8 engine and offered coachbuilders a long and strong chassis to showcase their creations.

The all-encompassing elegance of Isotta Fraschini helped to extend the brand beyond the borders of Italy. Prince Luigi Grimaldi of Monte Carlo and the Empress of Ethiopia are just a couple of the many royal owners. Famous celebrity owners in the United States included newspaper tycoon William Randolph Hearst and “It Girl” Clara Bow.