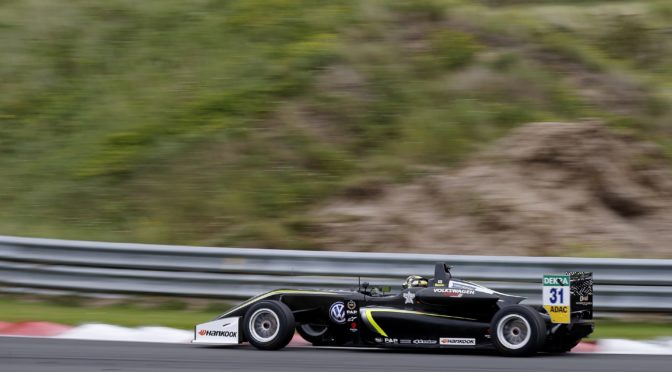 LANDO NORRIS ON POLE AT ZANDVOORT

Eight minutes into the session, Lando Norris got involved in the battle for the fastest time and soon after that, he already topped the time sheets. In the remainder of qualifying, the 17-year-old managed to improve his lap time more and more so that he eventually came out on top. Ferdinand Habsburg was happy with his second place, the best FIA Formula 3 European Championship qualifying result for the great-grandson of the last Austrian Emperor Karl I to date. Behind the Carlin duo, Joel Eriksson came third. In the drivers’ standings, he ranks only eight points behind Norris. The current FIA Formula 3 European Championship points’ leader Maximilian Günther will be starting from fourth place on the grid for the 19th race of the season in the junior category.

Lando Norris (Carlin): “It was a close fight for pole position with my team-mate, in which I eventually held the upper hand. For sure, we all assumed that we would be faster compared to free practice, but the track partly was very slippery. Thus, the improvements compared to free practice weren’t too big. I have to admit that I wasn’t certain whether my time would be enough for pole position. In the lap prior to my fastest time, I had quite some understeering in turn eight, but I was able to reduce the tyre temperature with a cool-down lap and then go faster again.”