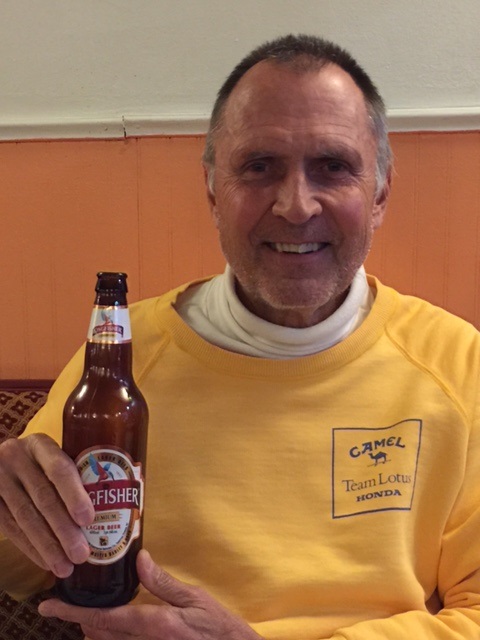 CLARK AND NASIR SAY GOODBYE TO FELIPE MASSA AND THE 2017 FORMULA 1 SEASON THE HOST SENDS NASIR TO NEW YORK TO GET ANOTHER CLASSIC INTERVIEW THIS TIME WITH FORMER LOTUS FORMULA 1 TEAM MEMBER KENNY SZYMANSKI!

Kenny Szymanski. Living the dream from Milwaukee to Grand Prix.

We are very excited to present a conversation with Kenny Szymanski. He caught the racing bug as a young boy from the 1960 Indy 500.

A trip to the 1973 United States Grand Prix at the Glen, and the International aroma of Formula 1 motor racing fueled his passion to be among the “In crowd.”

And there he was in 1978 at Team Lotus; checking the tire pressure under the watchful eyes of Mario Andretti….

Hope you enjoy his experiences as much as I did.

P.S. He is now also an aficionado of banana lassi!