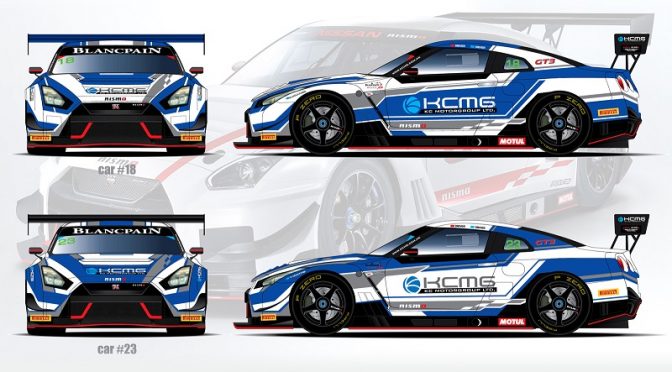 The Hong Kong-based outfit ran a pair of Audi R8 LMS GT3s in 2017 but has switched its focus to NISMO’s redeveloped GT-R, which makes its worldwide debut this season.

Indeed, it will be the first time that any iteration of ‘Godzilla’ or Nissan has contested the championship, which attracted nine different GT3 manufacturers during it maiden campaign last season.

While both driver crews remain under wraps for the time being, KCMG’s head of motorsport, Ryuji Doi, confirmed the team would be entering two strong pairings.

“I’m delighted to share this exciting news with everyone and we’re especially thrilled to be the exclusive team to unleash the new Godzilla in Blancpain GT Series Asia,” he said.

“It is such a massive honour for KCMG and we would like to thank NISMO for extending their confidence and trust in us. We are preparing a strong driver line-up, backed by a team of engineers and mechanics who have helped us in our successful three-year campaign in WEC, Le Mans and Blancpain GT Series Asia. With a strong package and a formidable team, we’re confident that we’re in for a top season ahead.”

Nissan becomes the fourth manufacturer confirmed for this year’s GT3 class, which currently includes Audi, Lamborghini and Porsche. Further announcements are expected in the coming days.

This season’s 12-race Blancpain GT Series Asia campaign kicks off at Sepang in Malaysia on April 14/15.