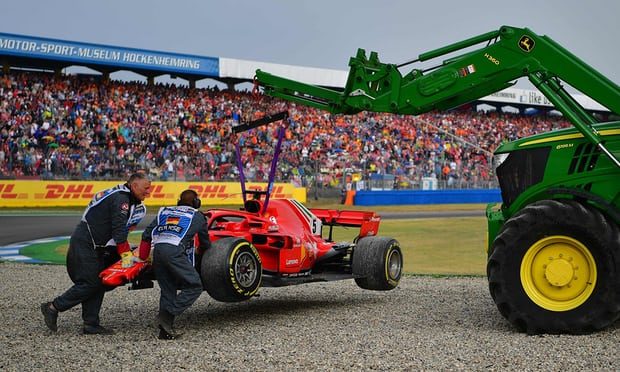 LCH is victorious in a sensational Formula 1 German Grand Prix while  Vettel crashed out as a rain storm struck the Hockenheim circuit.

Vettel led for the majority of the race from pole position, but slithered out of contention from the lead, on lap 52 of the 67 race. The German hit his steering wheel in frustration at the mistake of crashing into the Turn 13 barriers. 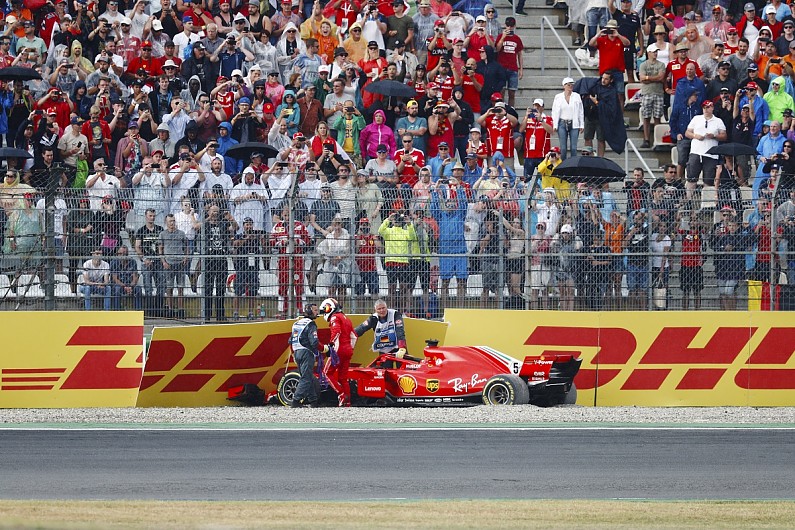 Hamilton started 14th and took advantage of the downpour that soaked the circuit in the latter stages that caught-out a number of slick-shod drivers – including Vettel – and which led to the safety car to be deployed.

In the chaos, there was an instant reversal of fortune as a Ferrari 1-2 became a Mercedes 1-2 during the rain shower.

All the bad luck that we had came back to us with tremendous good luck. First of all, we didn’t have the quickest car here and we need to progress for the next races. The fight was so intense. It was all to lose with the bad luck we had in the last few races.

I did [believe I could win]. It’s obviously very difficult front hat position but you have always go to believe. We did the parade lap, I could see how much support I had. I wanted to stay collected and stay calm. Honestly, I am so grateful. I just kept pushing and believing and it happened. Big, big thanks to God. It was so tough out there, conditions were perfect for business time. When it rained I knew I would have a good position. For those who don’t know me. Now you do